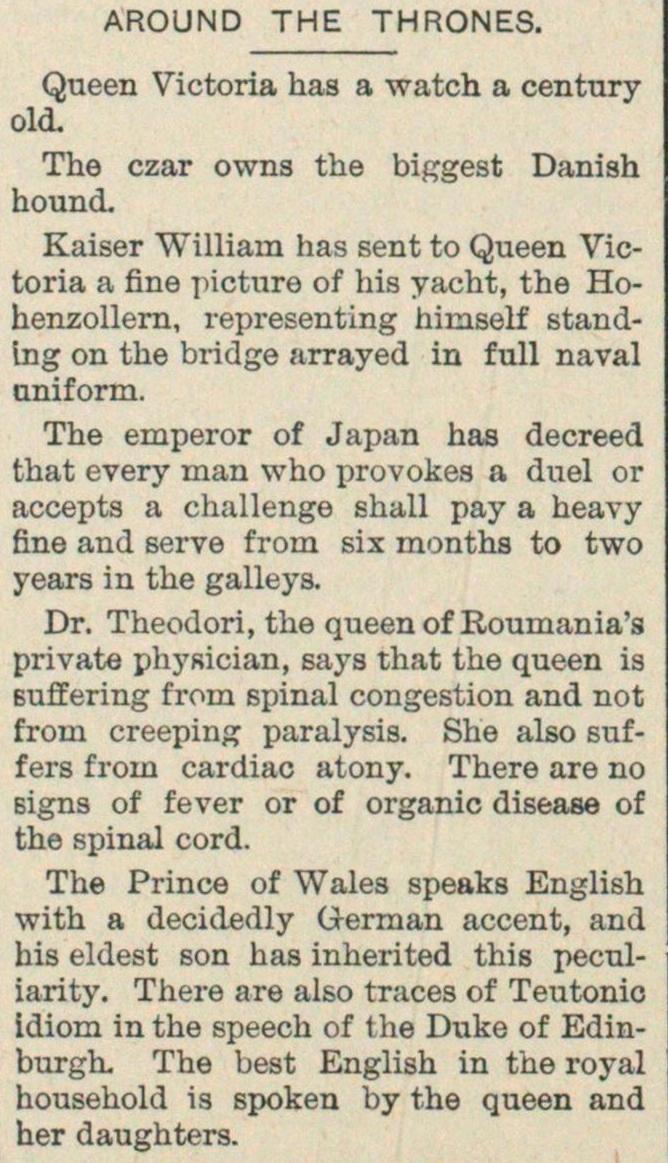 Queen Victoria has a watch a century oíd. The czar owns the biggest Danish hound. Kaiser William has sent to Queen Victoria a fine picture of his yacht, the Hohenzollern, representing himself standing on the bridge arrayed in full naval uniform. The emperor of Japan has decreed that every man who provokes a duel or accepts a challenge shall pay a heavy fine and serve from six months to two years in the galleys. Dr. Theodori, the queen of Roumania's private physician, says that the queen is Buffering from spinal congestión and not from creeping paralysis. She also suffers from cardiac atony. There are no signs of f e ver or of organic disease of the spinal cord. The Prince of Wales speaks English with a decidedly ü-erman accent, and bis eldest son has inherited this peculiarity. There are also traces of Teutonic idiom in the speech of the Duke of Edinburgh. The best English in the royal household is spoken by the queen and her daughters.