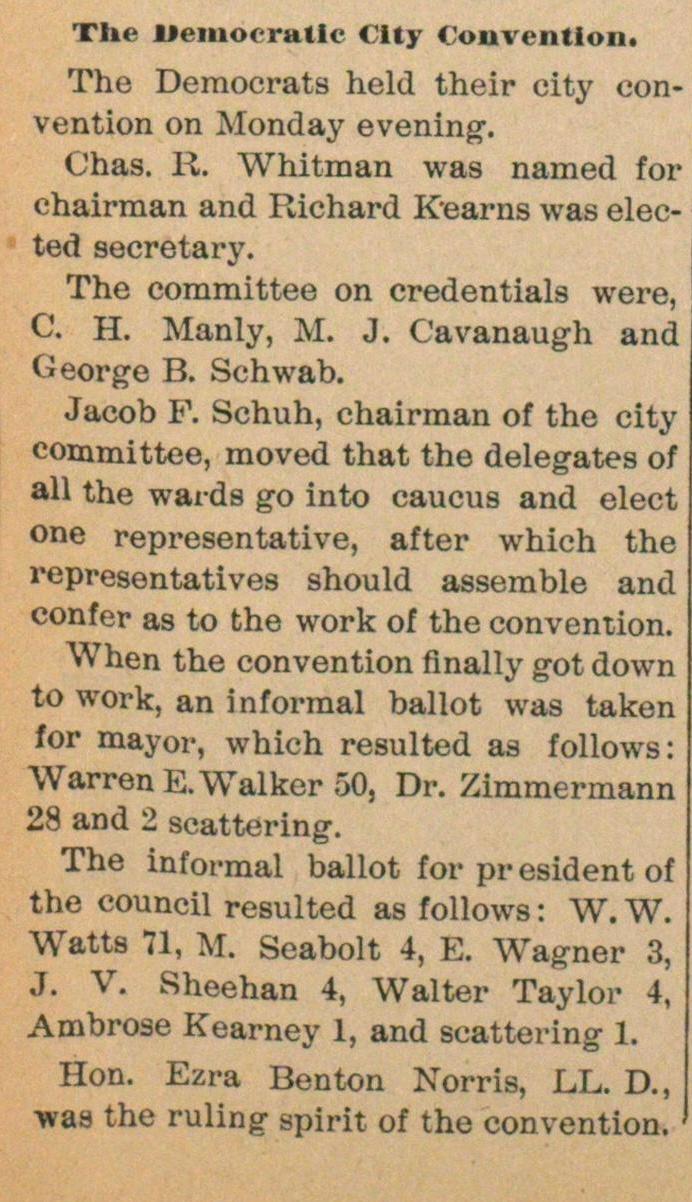 The Demócrata held their city convention on Monday evening. Chas. K. Whitman was named for chairman and Richard Kearns was elected secretary. The committee on credentials were, C. H. Manly, M. J. Cavanaugh and George B. Schwab. Jacob F. Schuh, chairman of the city committee, moved that the delegates of all the wards go into caucus and elect one representative, after which the representatives should assemble and confer as to the work of the convention. When the convention finally got down to work, an informal ballot was taken for mayor, which resulted as follows: Warren E. Walker 50, Dr. Zimmermann 28 and 2 scattering. The informal ballot for president of the council resulted as follows : W. W. Watts 71, M. Seabolt 4, E. Wagner 3, J. V. Sheehan 4, Walter Taylor 4, Ambrose Kearney 1, and scattering 1. Hon. Ezra Benton Norris, LL. D., was the ruling spirit of the convention.