Cut Down By Cleveland 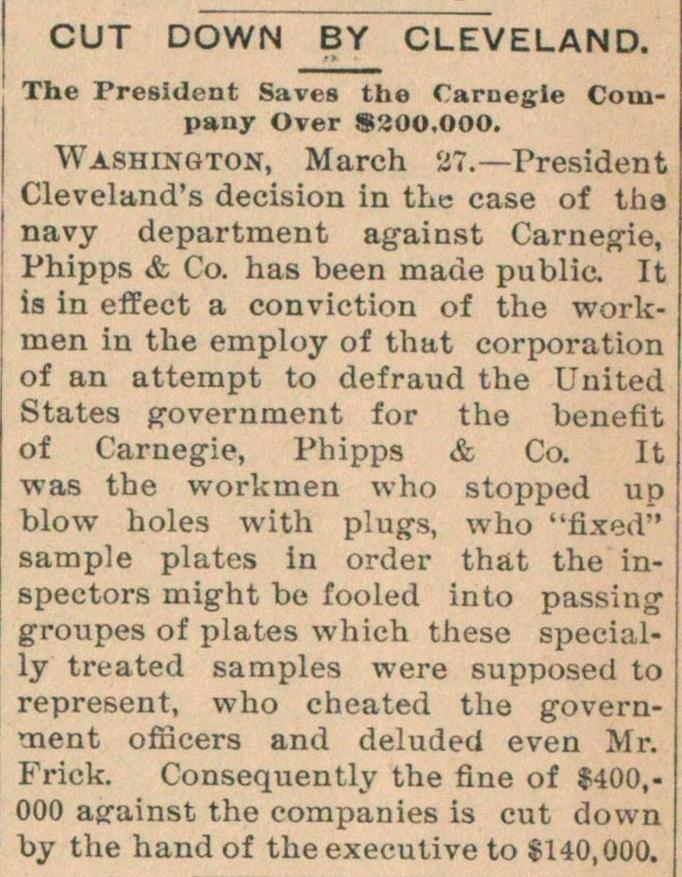 Washington, March aï.- President Cleveland's decisión in the case of tha ! navy departraent against Carnegie, Phipps & Co. has been made public. It is in effect a conviction of the workmen in the employ of that Corporation of an attempt to defraud the United States government for the benefit of Carnegie, Phipps & Co. It was the workmen who stopped up blow holes with plug-s, who "fixed" sample plates in order that the inspectors might be fooled into passing1 groupes of plates which these specially treated samples were supposed to represent, who cheated the governTient officers and deludetl even Mr. Frick. Consequently the fine of Í400,000 aainst the companies is cut down by the hand of the executive to $140,000.