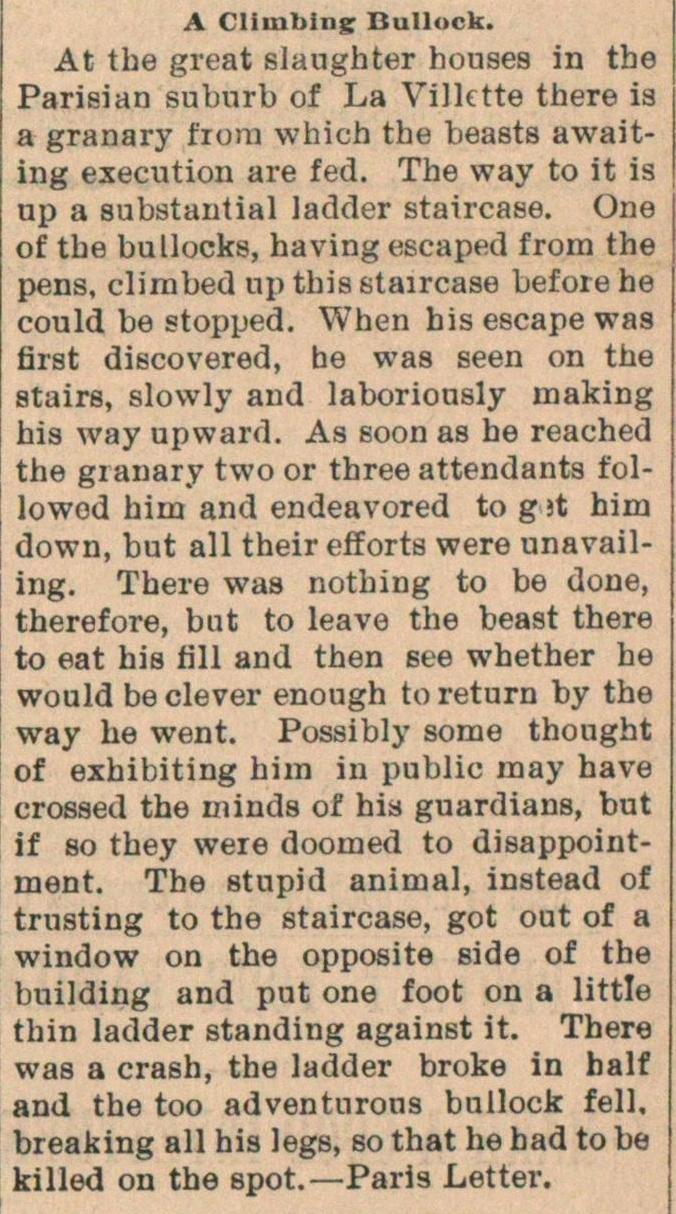 At the great slanghter houses in tbe Parisian suburb of La Vilktte there is a granary fiom which the beasts awaiting execution are fed. The way to it is up a substantial ladder staircase. One of the bullocks, having escaped from the pens, climbed np this staircase before he could be stopyed. When his escape was first discovered, be was seen on the stairs, slowly and laborionsly making his way npward. As soon as be reached the granary twoor threeattendants followod him and endeavored to g )t him down, but all theirefforts were unavailing. There was nothing to be done, therefore, but to leave the beast there to eat his fill and then see whether he would be clever enough to return by the way be went. Possibly some thought of exhibiting hiin in public may have crossed the ininds of his guardians, but if 80 they were doomed to disappointment. The stupid animal, instead of trusting to the staircase, got out of a window on the opposite side of tbe building and put one foot on a little tfain ladder standing against it. There was a crash, the ladder broke in half and the too adventnrons bullock feil, breaking all his legs, so that he bad to be killed on the