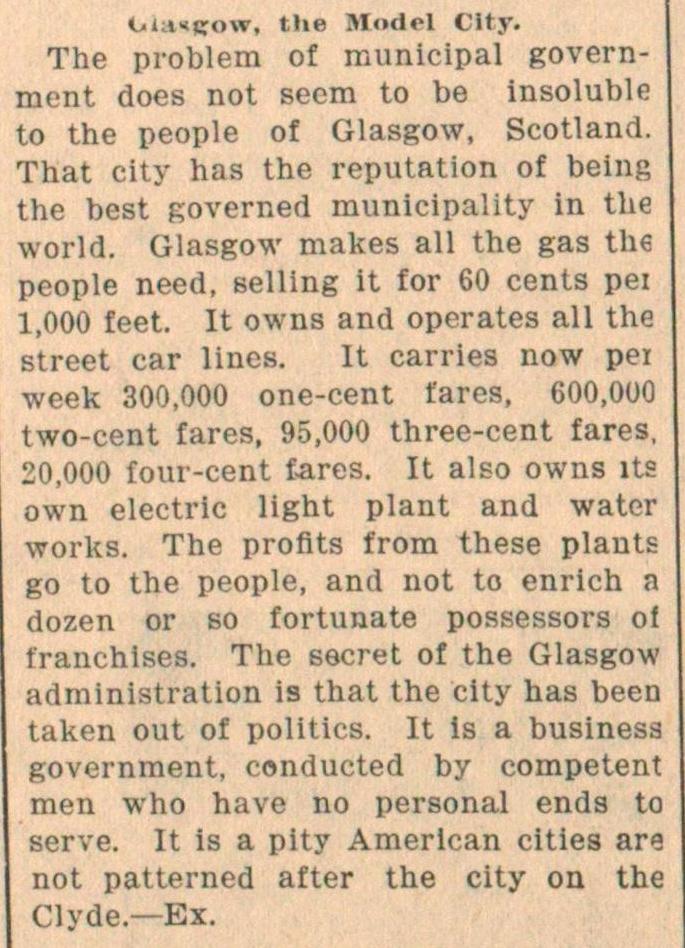 The problem of municipal government does not seem to be insoluble to the people of Glasgow, Scotland. That city has the reputation of being the best governed municipality in the world. Glasgow makes all the gas th6 people need, selling it for 60 cents peí 1,000 feet. It owns and operates all the street car lines. It carries now peí week 300,000 one-cent fares, 600,000 two-cent fares, 95,000 three-cent fares, 20,000 four-cent fares. It also owns lts own electric light plant and water works. The pronts from these plante go to the people, and not to enrich a dozen or 60 fortúnate possessors of franchlses. The secret of the Glasgow administration is that the city has been taken out of politics. It Is a business governraent, conducted by competent men who have no personal ends to serve. It is a pity American cities are not patterned after the city on the Clyde.- Ex.