Coffin On A Trolley Car 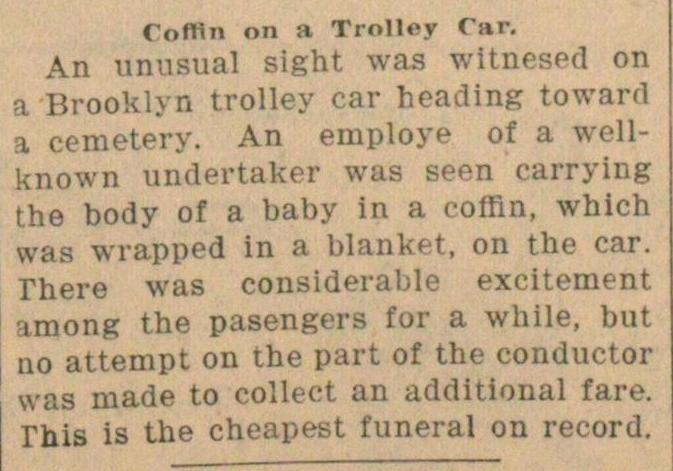 An unusual sight was wltnesed on i Hrooklyn trolley car heading toward i cemetery. An employé of a wellknown undertaker was seen carrying the body of a baby in a coffin, which was wrapped in a blanket, on the car. rhere was considerable excitement among the pasengers for a while, but no attempt on the part of the conductor was made to collect an additional fare. rhis is the cheapest funeral on record.