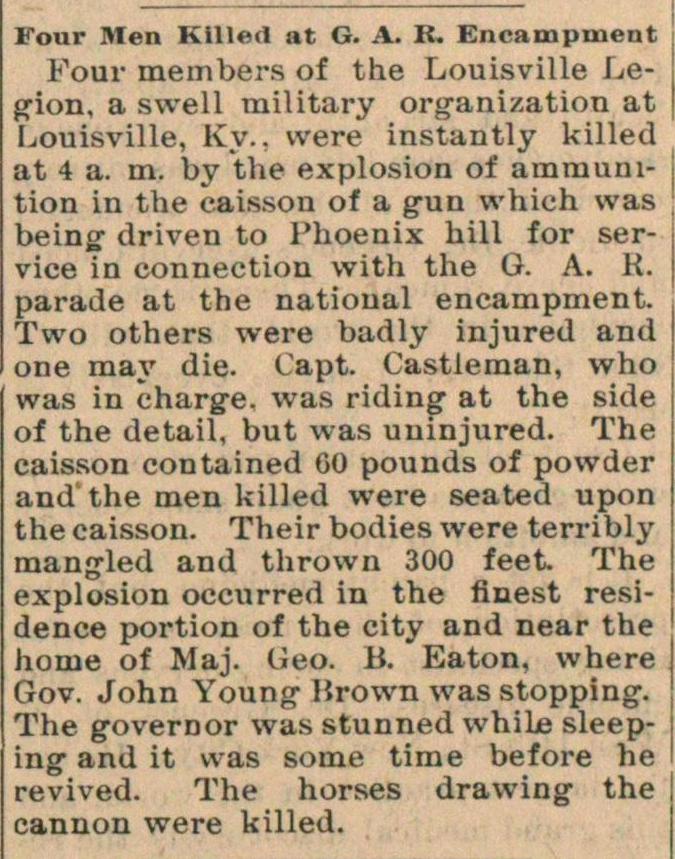 Four members of the Louisville Legion, a swell military organization at Ijouisville, Ky. . were instan tly killed at 4 a. m. by the explosión of ammumtion in the caisson of a gun whieh was being driven to Phoenix hill for service in connection with the G. A. K. parade at the national encampment. Two others were badly injured and one may Capt. Castleman, who was in charge, was riding at the side of the detail, but was uninjured. The caisson contained 00 pounds of powder and' the men killed were seated upon the caisson. Their bodies were terribly mang-led and thrown 300 feet The explosión occurred in the finest residence portion of the city and near the home of Maj. Geo. ü. Eaton, where Gov. John Young Urown was stopping. The governor was stunned whilje sleeping and it was some time before he revived. The horses drawing the cannon were killed.