Where Sea Serpents Had No Show 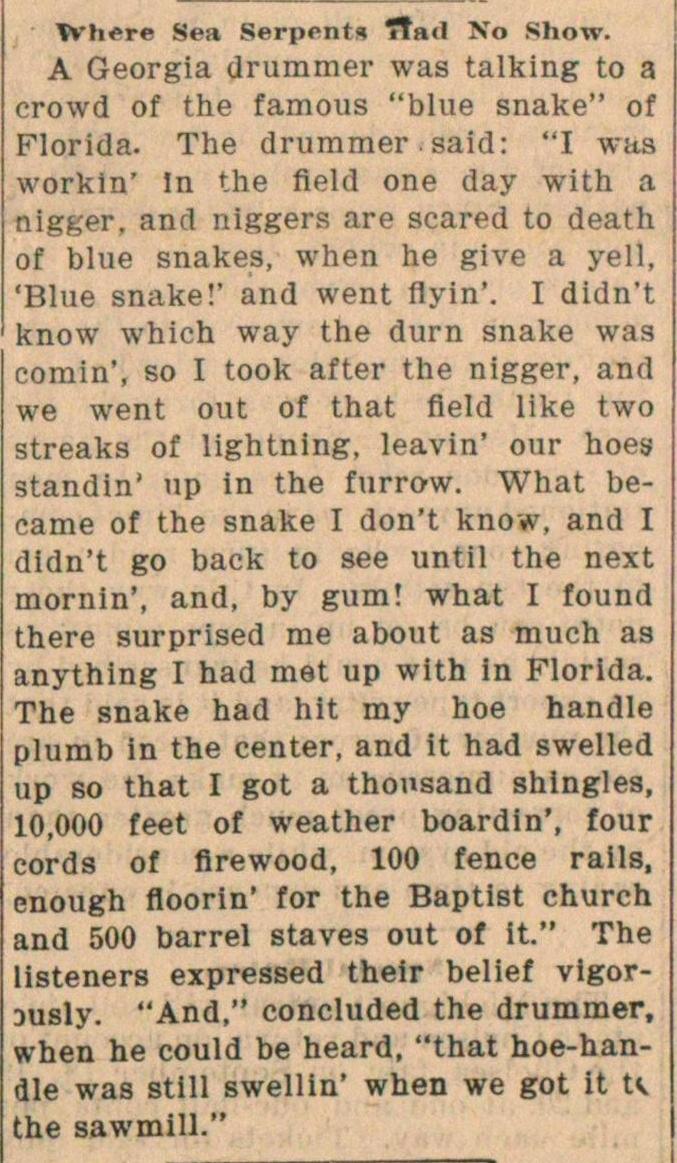 A Georgia drummer was talking to a crowd of the famous "blue snake" of Florida. The drummer said: "I was workin' In the field one day with a nigger, and niggers are scared to death of blue snakes, when he give a yell, 'Blue snake!' and went flyin'. I didn't know which way the durn snake was comin', so I took after the nigger, and we went out of that field like two streaks of lightning, leavin' our hoes standin' up in the fnrrow. What became of the snake I don't know, and I didn't go back to see until the next mornin', and, by gum! what I found there surprised me about as much as anything I had met up with in Florida. The snake had hit my hoe handle plumb in the center, and it had swelled up so that I got a thonsand shingles, 10,000 f eet of weather boardin', f our cords of firewood, 100 fence rails, enough floorin' for the Baptist church and 500 barrel staves out of it." The listeners expressed their belief vigorDusly. "And," concluded the drummer, when he could be heard, "that hoe-handle was still swellin' when we got it tv the sawmill."