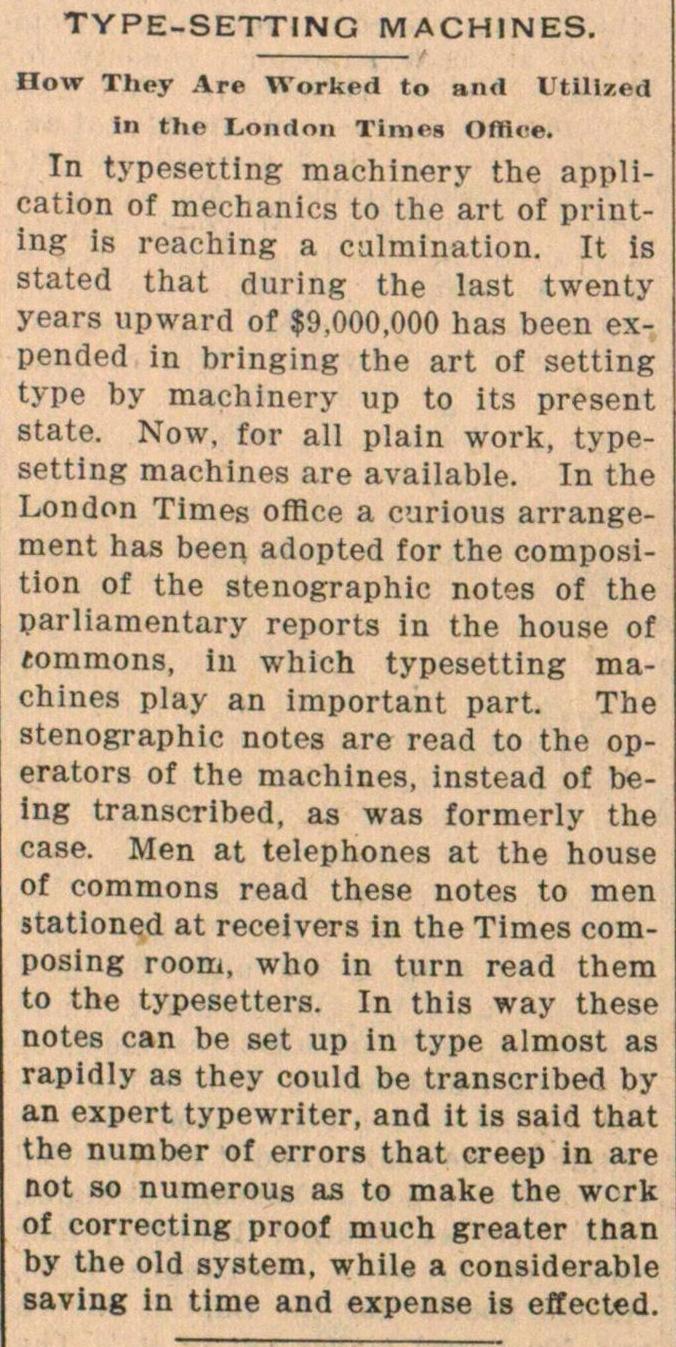 In tj'pesetting machinery the application of mechanics to the art of printing is reaching a culmination. It is stated that during the last twenty years upward of $9,000,000 has been expended in bringing the art of setting type by machinery up to its present state. Now, for all plain work, typesetting machines eire available. In the London Times office a curious arrangement has been adopted for the composition of the stenographic notes of the parliamentary reports in the house of eommons, in which typesetting machines play an important part. The stenographic notes are read to the operators of the machines, instead of being transcribed, as was formerly the case. Men at telephones at the house of eommons read these notes to men stationed at receivers in the Times composing room, who in turn read them to the typesetters. In this way these notes can be set up in type almost as rapidiy as they could be transcribed by an expert typewriter, and it is said that the number of errors that creep in are not so numerous as to make the werk of correcting proof much greater than by the oíd system, while a considerable saving in time and expense is effected.