First Thimble Made 200 Years Ago 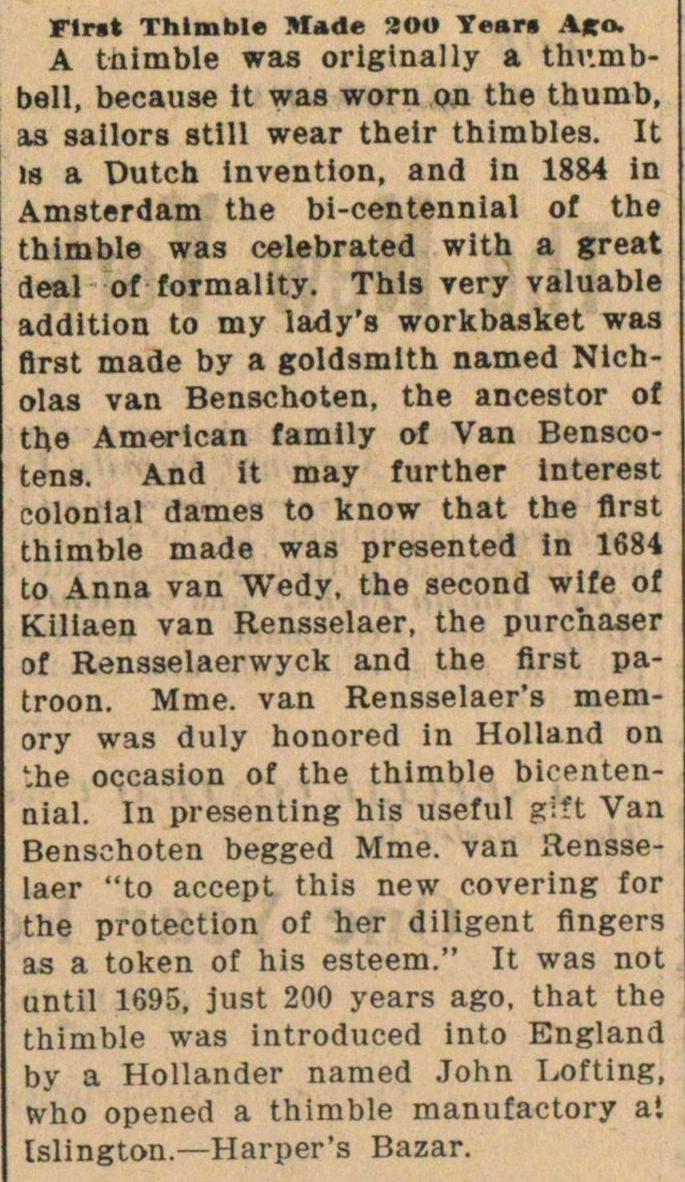 A tnimble was original ly a thr.mbbell, because lt was worn on the thumb, as sailors stlll wear their tbimbles. It ís a Dutch inventfon, and in 1884 in Amsterdam the bi-centennlal of the thimble was celebrated with a great deal of formal lty. Thl3 yery valuable addltlon to my lady's workbasket was flrst made by a goldsmith named Nicholas van Benschoten, the ancestor of the American family of Van Benscotens. And it may further Interest colonial dames to know that the flrat thimble made was presented in 1684 to Anna van Wedy, the second wlfe of Kiliaen van Rensselaer, the purchaser of Rensselaerwyck and the first patroon. Mme. van Rensselaer's memory was duly honored in Holland on '.he occasion of the thimble bieentennial. In presenting his useful gift Van Bensohoten begged Mme. van iiensselaer "to accept this new covering for the protection of her diligent flngers as a token of his esteem." It was not until 1695, just 200 years ago, that the thimble was introduced into England by a Hollander named John I,ofting, tvho opened a thimble manufactory ai