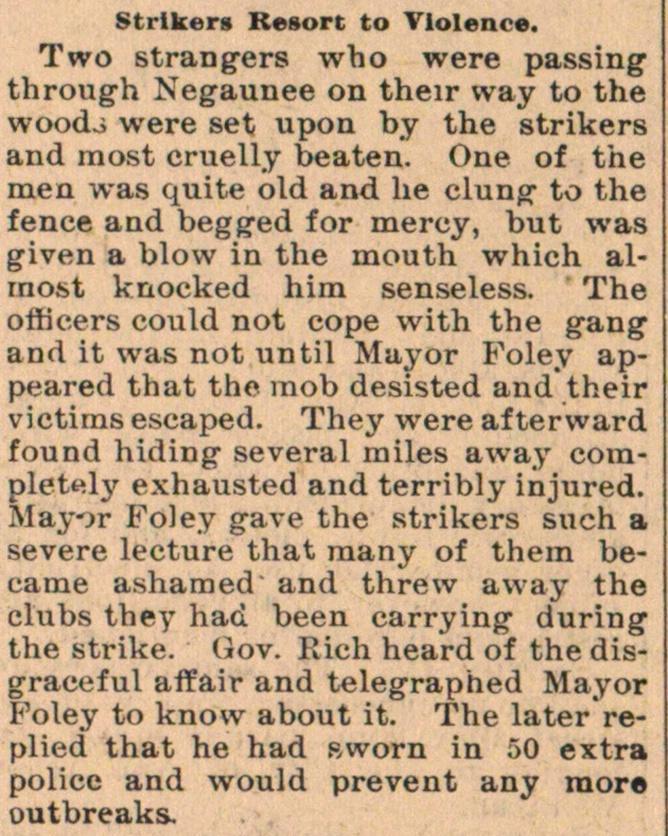 " wo strangers who were passing through Negaunee on their way to the woodj were set upoa by the strikers and most cruelly beaten. One of the men was quite oíd and lie clung to the 'ence and begged for mercy, but was given a blow in the mouth which alno.st knocked him senseless. ' The offieers could not cope with the gang and it was not until Mayor Foley appeared that tho raob desisted and their victims escaped. They were afterward 'ound hiding several miles a way corailetsly exhausted and terribly injured. liáyor Foley gave the strikers such a severe lecture that many of them became ashamed and threw away the clubs they had been carrying during ;he strike. Gov. Rich heard of the disfraceful affair and telegraphed Mayor Poley to know about it. The later rejlied that he had sworn in 50 extra iolice and would prevent any more outbreaks.