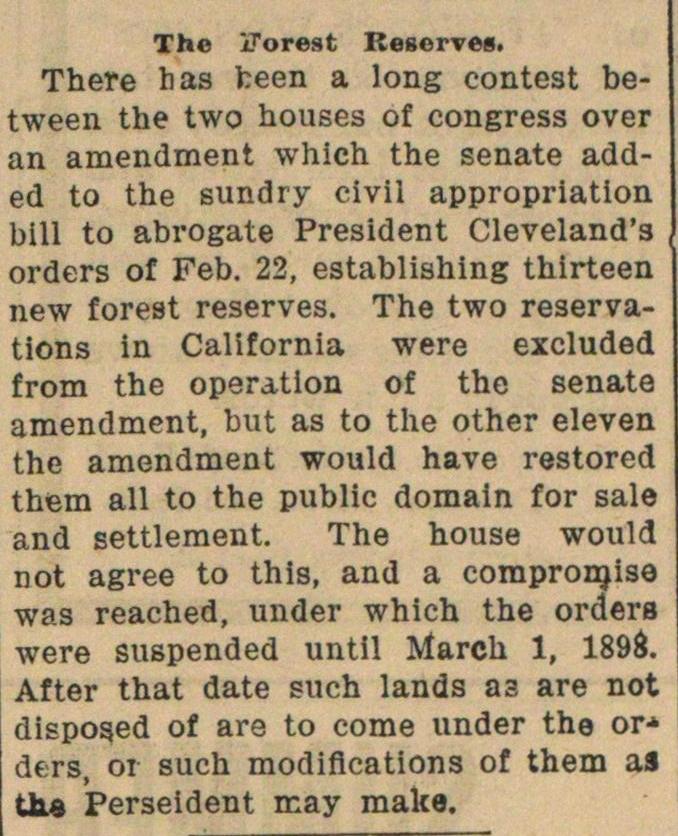 There has fceen a !ong contest between the two houses of congress over an amendment which the senate added to the sundry civil appropriation bilí to abrógate President Cleveland'3 orders of Feb. 22, establishing thirteen new forest reserves. The two reservations in California were excluded from the operation of the senate amendment, but as to the other eleven the amendment would have restored them all to the public domain for sale and settlement. The house would not agree to this, and a compromiso was reached, under which the orders were suspended until March 1, 1898. After that date such lands as are not dispoged of are to come under the or ders, oi such modiflcations of them as Ui Perseident may make.