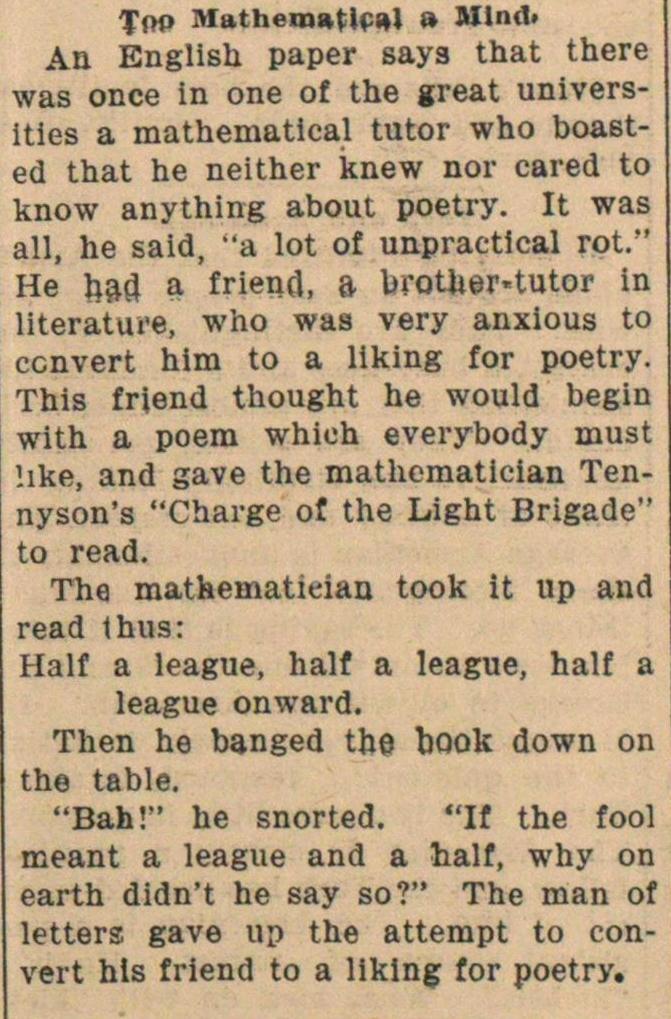 An English paper saya that there was once in one of the great universties a mathematica) tutor who boaBtd that he neither knew nor cared to inow anything about poetry. It was all, he sald, "a lot of unpractical rot." He ha a friend, a UrotUer-tutor in iterature, who was very anxious to ccnvert him to a liking for poetry. This friend thought he would begin with a poera which everybody must ïke, and gave the mathcmatician Tennyson's "Charge of the Light Brigade" to read. The mathematieian took it up and read thus: Half a league, half a league, half a league onward. Then he banged the book down on the table. "Bah!" he snorted. "If the fooi meant a league and a half, why on earth didn't he say so?" The man of letters gave up the attempt to convert hls friend to a liking for poetry.