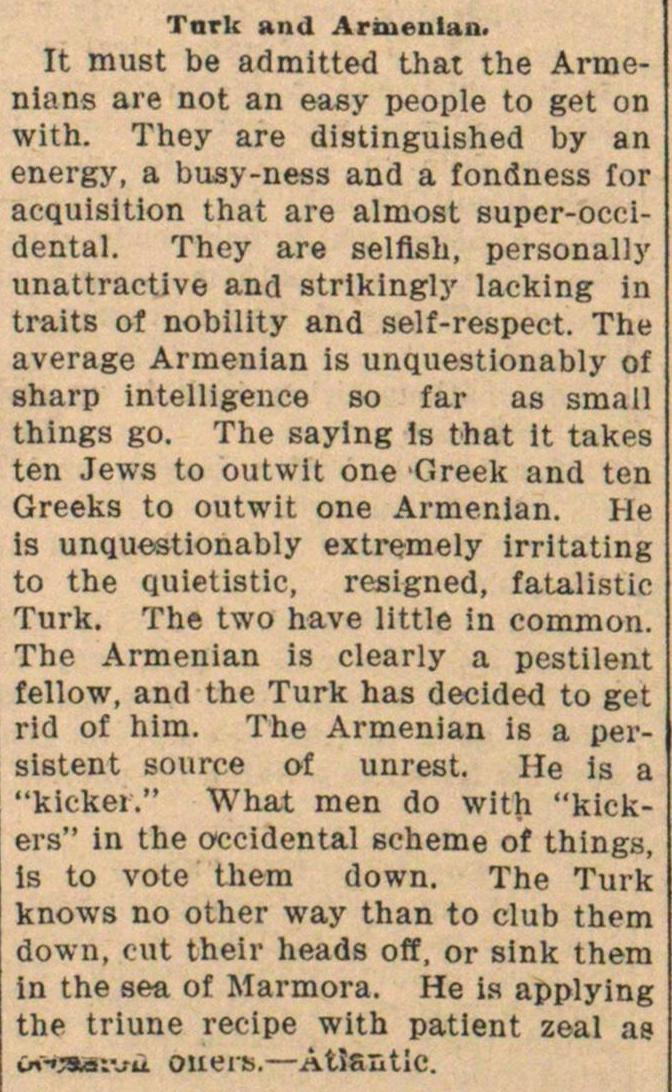 It must be admitted Lhat the Armenlans are not an easy people to get on with. They are distinguished by an energy, a busy-ness and a fondness íor acquisition that are almost super-occldental. They are selflsh, personally unattractive and strikingly lacking in traits of nobility and seli-respect. The average Armenlan is unquestionably of sharp intelligence so far as smal! things go. The saying is that it takes ten Jews to outwit one Greek and ten Greeks to outwit one Armenian. He is unquestionably extremely irritating to the quietistic, resigned, fatalistic Turk. The two have little in common. The Armenian is clearly a pestilent fellow, and the Turk has decided to get rid of him. The Armenian is a persistent source of unrest. He is a "kickei." What men do with "kickers" in the occidental scheme of things, Is to vote them down. The Turk knows no other way than to club them down, tut their heads off, or sink them in the sea of Marmora. He is applying the triune recipe with patiënt zeal as GtftNBudi