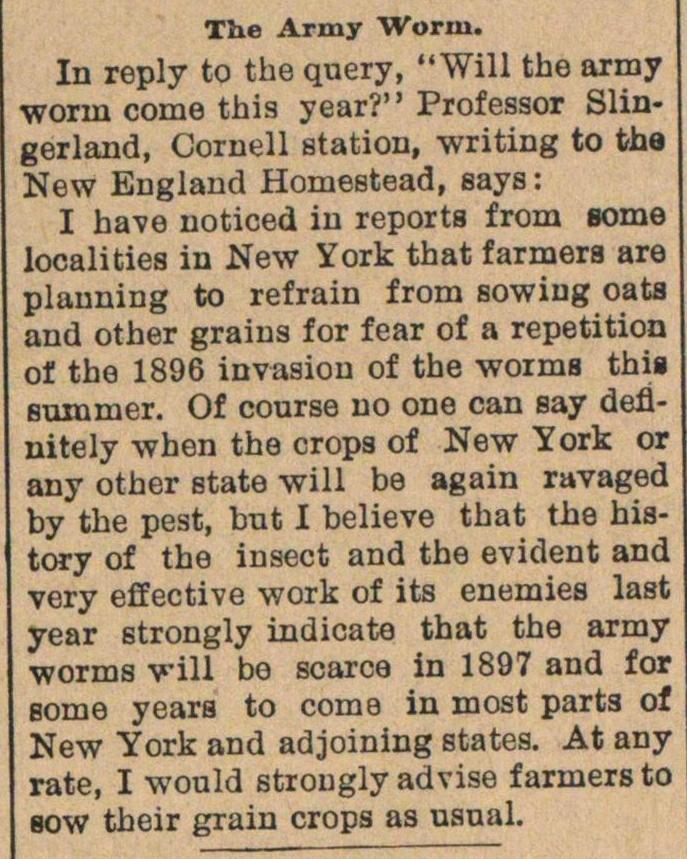 In reply to the query, "Will the army worm come this y ear?" Professor Slingerland, Cornell station, writing to the New Eugland Homestead, saya : I have noticed in reporta from some localities in New ïork that farmera are planning to refrain from sowiug oata and other graius for fear of a repetition of the 1896 invasión of the worms thi summer. Of course no one can say deflnitely when the crops of New York or any other state will be again ravaged by the pest, but I believe that the history of the insect and the evident and very effective work of its enemies last year strongly indícate that the army worms vill bo scarce in 1897 and for gome yeara to come in most parts of New York and adjoining states. At any rate, I would strougly advise farmers to 8OW their grain crops as usnal.