Fabulous Fiction Firsts #741,“With a little effort, anything can be shown to connect with anything else: existence is infinitely cross-referenced.” ~ Martha Cooley, The Archivist 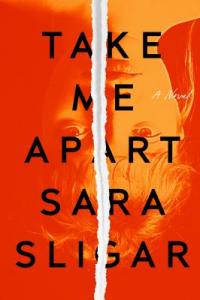 30 year-old Kate Aitken, a former journalist is relieved to finally be moving on, accepting a temporary archivist position in Northern California after her career imploded, the result of a sexual harassment complaint against her superior that polarized the New York paper where she worked.

She is hired to organize the papers and personal effects of Miranda Brand - a famed photographer who died under mysterious circumstances at the height of her career. Still emotionally fragile, Kate is looking forward to working in solitude at the historic Brand House.  So she is surprised (and a little dismay) to find Theo, Miranda’s son and her employer living there with his 2 young children, an arrangement complicated by his recent divorce.

As Kate sifts through Miranda’s letters, receipts, and prints, she begins to suspect Miranda was murdered, though the Police ruled it a suicide.  Despite her growing attraction to Theo, Kate could not dispel the persistent rumor that a young and disturbed Theo killed his mother. When she stumbles across Miranda's diary, her curiosity spirals into a dangerous obsession.

“Sligar delivers an intriguing mystery while tackling big themes, especially sexism and the societal restraints placed on women’s bodies and minds. The results are spellbinding. A raw and sophisticated debut.” (Kirkus Reviews)