Fairy tales are often entrancing and strange, but aside from that, they have surprisingly little in common. They vary widely, from funny to tragic, and from comforting to alarming, sometimes within the span of a single story. 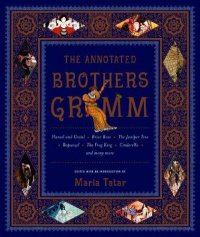 If you’re interested, a good place to start is The Annotated Brothers Grimm. Some of these tales you may have heard a hundred times before, and others you’ve probably never even heard of. The annotations are a big help, since many of the stories can be rather baffling on the first (and even the fifth!) read.

Another influential collection is The Fairy Tales of Charles Perrault. These stories were among the first literary fairy tales (which, to my understanding, differ from oral fairy tales in that they were told by aristocrats). Many of them have been adapted and retold countless times, but it’s fun to see them in the form that made them famous.

While reading these tales, you might be surprised by how few fairies are in them. Fortunately, more can be found in The Welsh Fairy Book. These stories are populated by creatures that are strange and alluring and, if encountered, are likely to be hazardous to your health.

Hopefully these collections show that there’s more to fairy tales than a happily ever after.