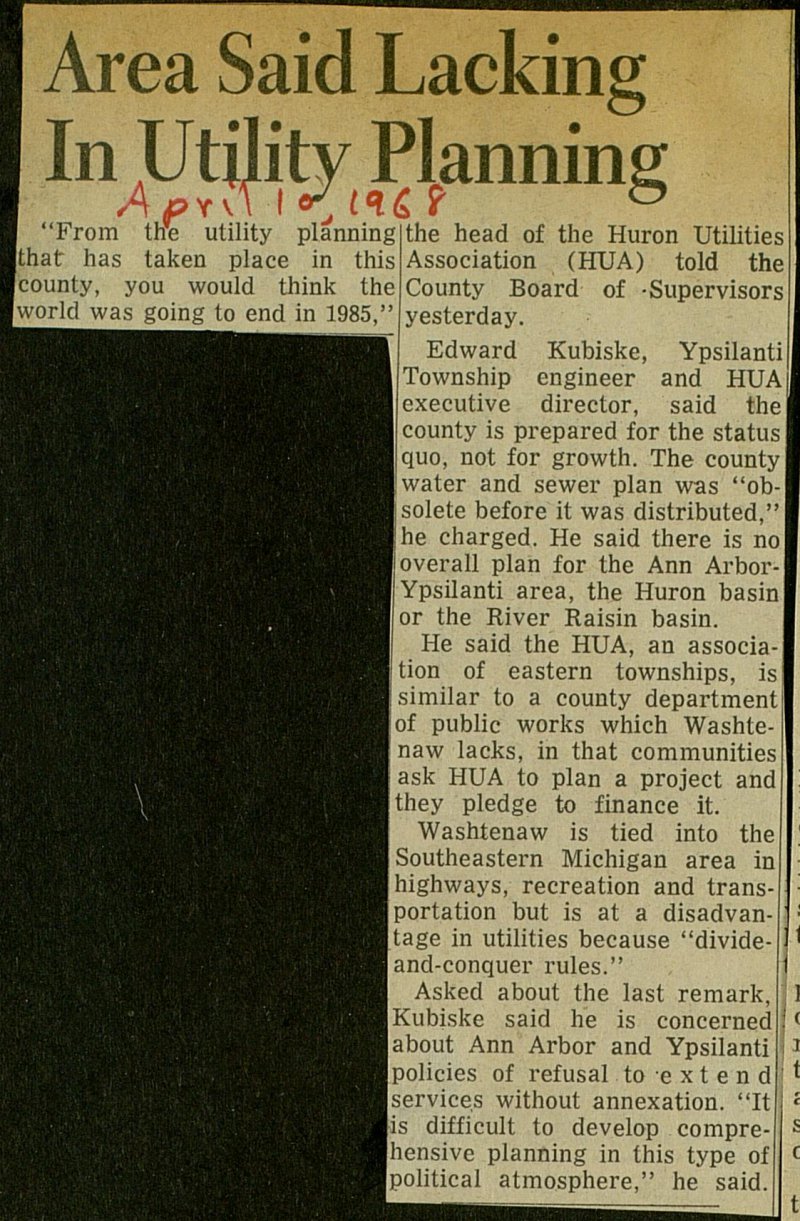 "From the utility planning that has taken place in this county, you would think the world was going to end in 1985," ; the head of the Huron Utilities Association (HUA) told the County Board of Supervisors yesterday. Edward Kubiske, Ypsilanti Township engineer and HUA executive director, said the county is prepared for the status quo, not for growth. The county water and sewer plan was "obsolete before it was distributed," he charged. He said there is no overall plan for the Ann Arbor-Ypsilanti area, the Huron basin or the River Raisin basin. He said the HUA, an association of eastern townships, is similar to a county department of public works which Washtenaw lacks, in that communities ask HUA to plan a project and they pledge to finance it. Washtenaw is tied into the Southeastern Michigan area in highways, recreation and transportation but is at a disadvantage in utilities because "divideand-conquer rules." Asked about the last remark, Kubiske said he is concerned about Ann Arbor and Ypsilanti policies of refusal to extend services without annexation. "It ís difficult to develop comprehensive planning in this type of political atmosphere," he said.