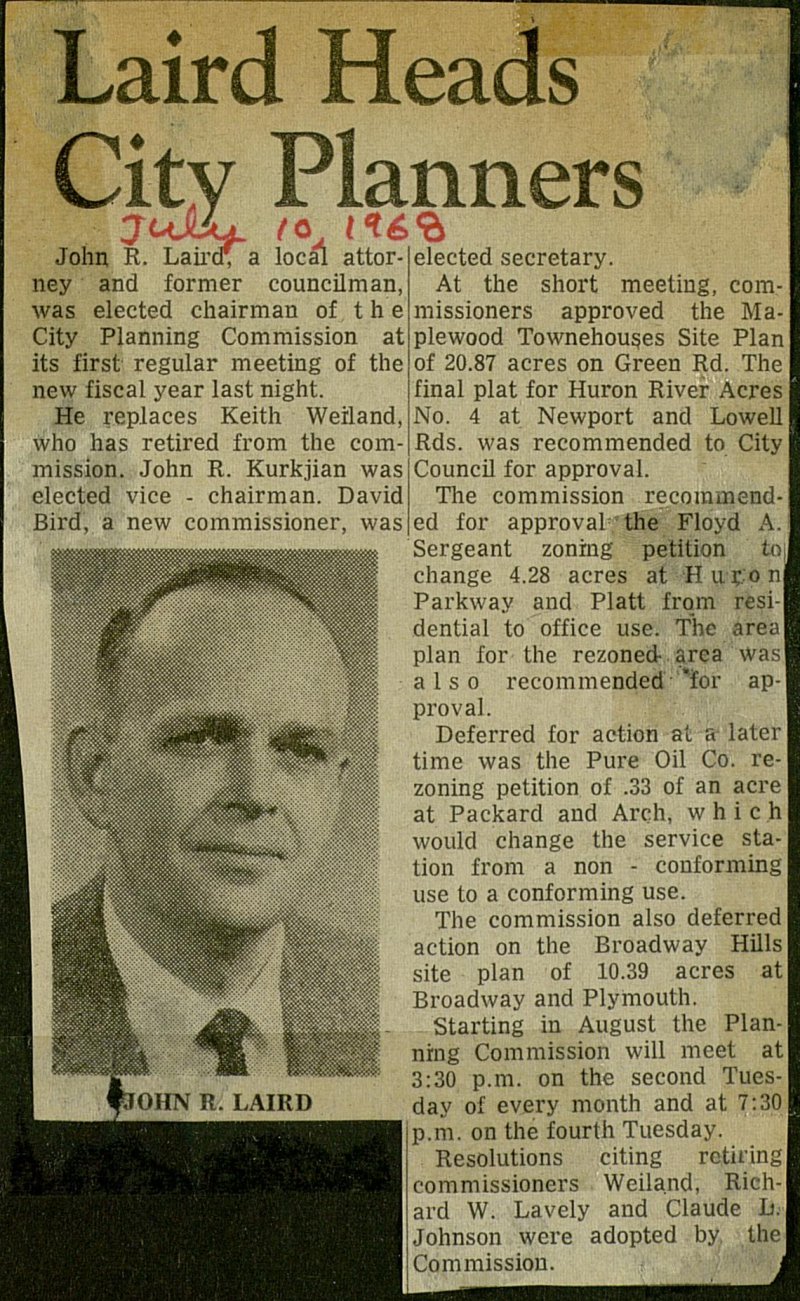 John R. Laird a local attorney and former councilman, was eleeted chairman of the City Planning Commission at its first regular meeting of the new fiscal year last night. He replaces Keith Weiland, who has retired from the commission. John R. Kurkjian was eleeted vice - chairman. David Bird, a new commissioner, was elected secretary. At the short meeting, commissioners approved the Maplewood Townehouses Site Plan of 20.87 acres on Green Rd. The final plat for Huron River Acres No. 4 at Newport and Lowell Rds. was recommended to City Council for approval. The commission recoramended for approval the Floyd A. Sergeant zoning petition toj change 4.28 acres at Huron Parkway and Platt from residential to office use. The area plan for the area was also recommended for approval. Deferred for aetion at a later time was the Pure Oil Co. rezoning petition of .33 of an acre at Packard and Arch, which would change the service station from a non-conforming use to a conforming use. The commission also deferred aetion on the Broadway Hills site plan of 10.39 acres at Broadway and Plymouth. Starting in August the Planning Commission will meet at 3:30 p.m. on the second Tuesday of every month and at 7:30 p.m. on the fourth Tuesday. Resolutions citing retiring commissioners Weiland, Richard W. Lavely and Claude L. Johnson were adopted by the Commission.