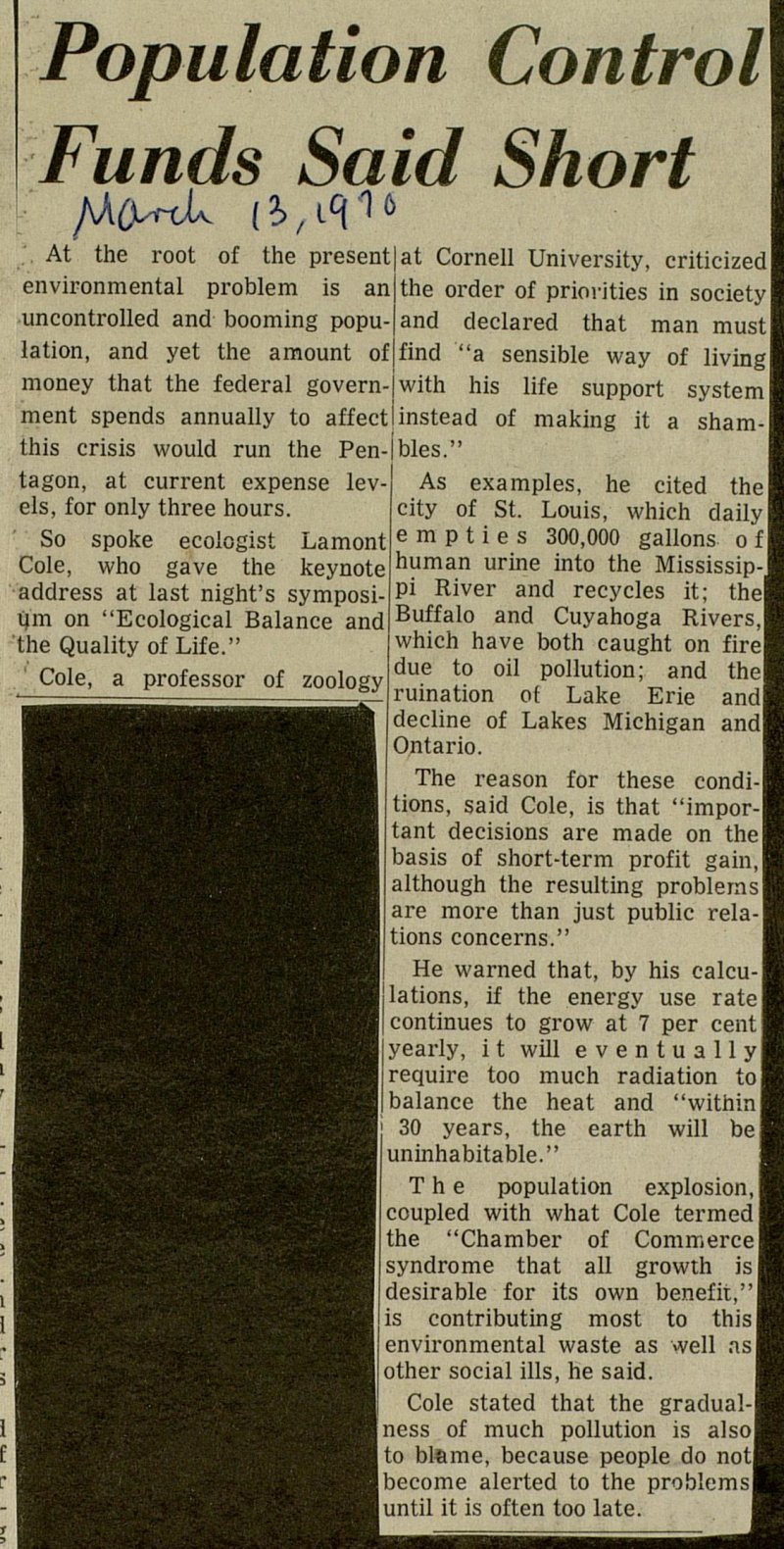 At the root of the present environmental problem is an uncontrolled and booming population, and yet the amount of money that the federal government spends annually to affect this crisis would run the Pentagon, at current expense levels, for only three hours. So spoke ecologist Lamont Cole, who gave the keynote address at last night's symposiijm on "Ecological Balance and the Quality of Life." Colé, a professor of zoology ;at Cornell University, criticized ■ jthe order of priorities in society and declared that man must find "a sensible way of living with his life support system instead of making it a shambles." As examples, he cited the city of St. Louis, which daily e m p t i e s 300,000 gallons o f human urine into the Mississippi River and recycles it; thel Buffalo and Cuyahoga Rivers, which have both caught on fire due to oil pollution; and the ruination of Lake Erie and decline of Lakes Michigan and Ontario. The reason for these conditions, said Cole, is that "important decisions are made on the basis of short-term profit gain, although the resulting problerns are more than just public relations concerns." He warned that, by his calculations, if the energy use rate continúes to grow at 7 per cent yearly, i t will eventually require too much radiation to balance the heat and "within 30 years, the earth will be uninhabitable." The population explosión, coupled with what Cole termed the "Chamber of Commerce syndrome that all growth is desirable for its own benefit," is contributing most to this environmental waste as well as other social ills, he said. Cole stated that the gradualness of much pollution is alsol to blsme, because people do notl become alerted to the problemsj until it is often too late.