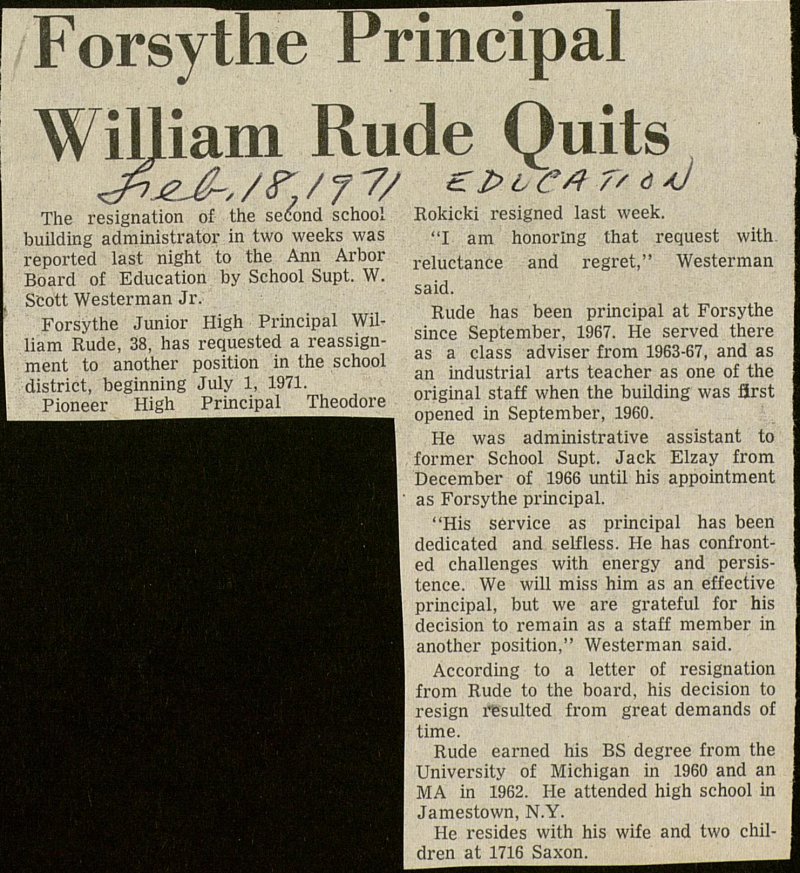 The resignation of the second school building administrator in two weeks was reported last night to the Ann Arbor Board of Education by School Supt. W. Scott Westerman Jr. Forsythe Junior High Principal William Rude, 38, has requested a reassignment to another position in the school district, beginning July 1, 1971. Pioneer High Principal Theodore Rokicki resigned last week. "I am honoring that request with. reluctance and regret," Westerman said. Rude has been principal at Forsythe since September, 1967. He served there as a class adviser from 1963-67, and as an industrial arts teacher as one of the original staff when the building was flrst opened in September, 1960. He was administrative assistant to former School Supt. Jack Elzay from December of 1966 until his appointment as Forsythe principal. "His service as principal has been dedicated and selfless. He has confronted challenges with energy and persistence. We will miss him as an effective principal, but we are grateful for his decisión to remain as a staff member in another position," Westerman said. According to a letter of resignation from Rude to the board, his decisión to resign resulted from great demands of time. Rude earned his BS degree from the University of Michigan in 1960 and an MA in 1962. He attended high school in Jamestown, N.Y. He resides with his wife and two children at 1716 Saxon.