Board Of Education Praises Westerman 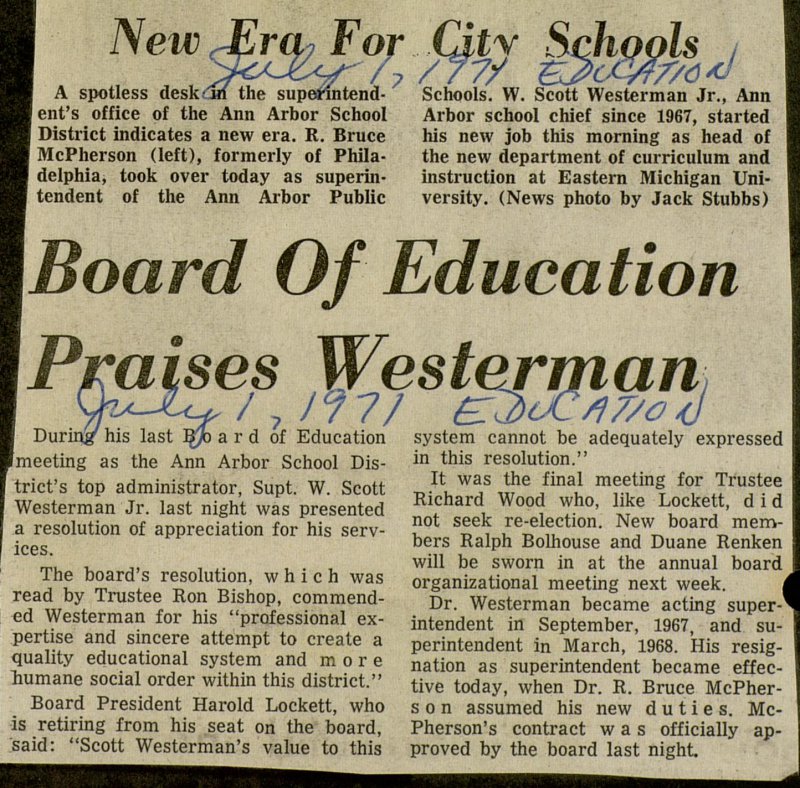 During his last Board of Education meeting as the Ann Arbor School District's top administrator, Supt. W. Scott Westerman Jr. last night was presented a resolution of appreciation for his services. The board's resolution, w h i c h was read by Trustee Ron Bishop, commended Westerman for his "professional expertise and sincere attempt to créate a quality educational system and more humane social order within this district." Board President Harold Lockett, who is retiring from his seat on the board, said: "Scott Westerman's value to this system cannot be adequately expressed in this resolution." It was the final meeting for Trustee Richard Wood who, like Lockett, d i d not seek re-election. New board members Ralph Bolhouse and Duane Renken will be sworn in at the annual board organizational meeting next week. Dr. Westerman became acting superintendent in September, 1967, and superintendent in March, 1968. His resignation as superintendent became effective today, when Dr. R. Bruce McPherson assumed his new d u t i e s. McPherson's contract was officially approved by the board last night