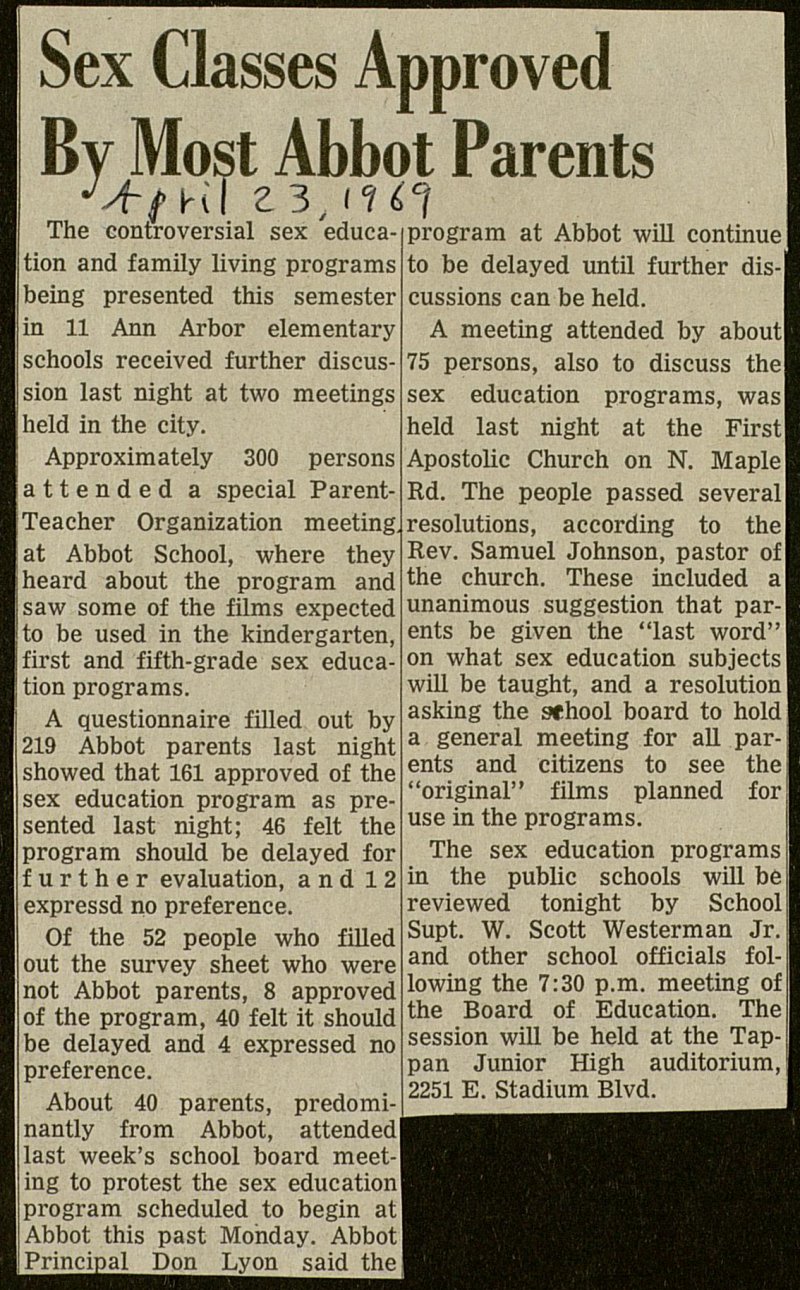 The controversial sex education and family living programs being presented this semester in 11 Ann Arbor elementary schools received further discussion last night at two meetings held in the city. i Approximately 300 persons attended a special ParentTeacher Organization meeting, at Abbot School, where they heard about the program and saw some of the films expected to be used in the kindergarten, first and fifth-grade sex education programs. A questionnaire filled out by 219 Abbot parents last night showed that 161 approved of the sex education program as presented last night; 46 feit the program should be delayed for further evaluation, a n d 1 2 expressd no preference. Of the 52 people who filled out the survey sheet who were not Abbot parents, 8 approved of the program, 40 feit it should be delayed and 4 expressed no preference. About 40 parents, predominantly from Abbot, attended I last week's school board meet-l I ing to protest the sex education I program scheduled to begin at Abbot this past Mohday. Abbot I Principal Don Lyon said the program at Abbot will continue to be delayed until further dis-1 cussions can be held. A meeting attended by about 75 persons, also to discuss the sex education programs, was held last night at the First! Apostolic Church on N. Maple Rd. The people passed several resolutions, according to the Rev. Samuel Johnson, pastor of the church. These included a unanimous suggestion that parents be given the "last word" on what sex education subjects will be taught, and a resolution asking the shool board to hold a general meeting for all parents and citizens to see the "original" films planned for use in the programs. The sex education programs in the public schools will be reviewed tonight by School Supt. W. Scott Westerman Jr. and other school officials following the 7:30 p.m. meeting of the Board of Education. The session will be held at the Tappan Junior High auditorium, 2251 E. Stadium Blvd.