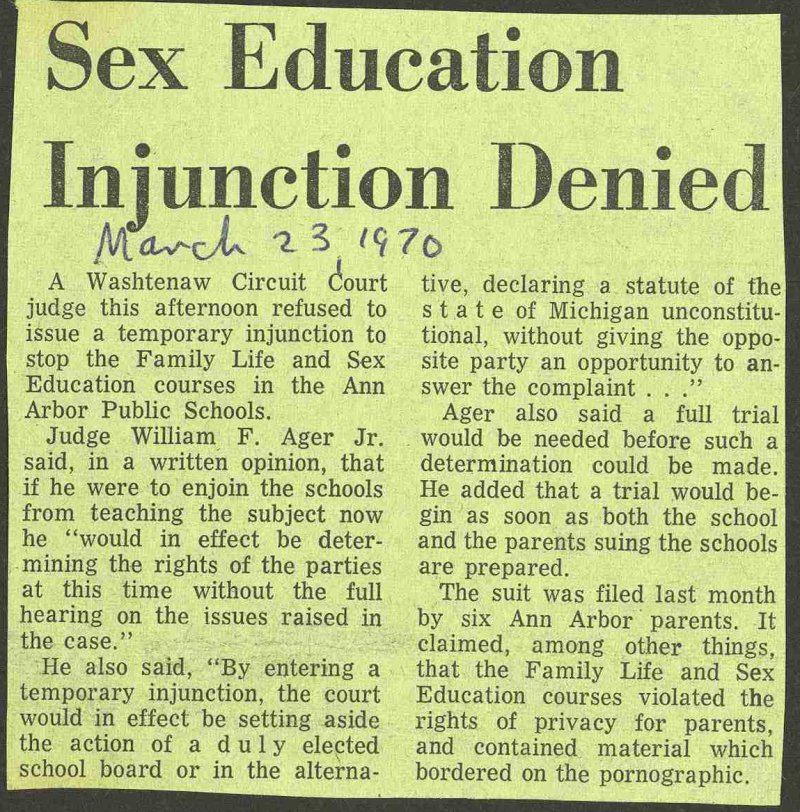 A Washtenaw Circuit Court judge this afternoon refused to issue a temporary injunction to stop the Family Life and Sex Education courses in the Ann Arbor Public Schools. Judge William P. Ager Jr. said, in a written opinión, that if he were to enjoin the schools from teaching the subject now he "would in effect be determining the rights of the parties at this time without the Ml hearing on the issues raised in the case." He also said, "By entering a temporary injunction, the court would in effect be setting aside the action of a d u 1 y elected school board or in the tive, declaring a statute of the state of Michigan unconstitutional, without giving the opposite party an opportunity to answer the complaint . . ." Ager also said a Ml trial would be needed before such a determination could be made. He added that a trial would begin as soon as both the school and the parents suing the schools are prepared. The suit was filed last month by six Ann Arbor parents. It claimed, among other things, that the Family Life and Sex Education courses violated the i rights of privacy for parents, and contained material which bordered on the pornographic.