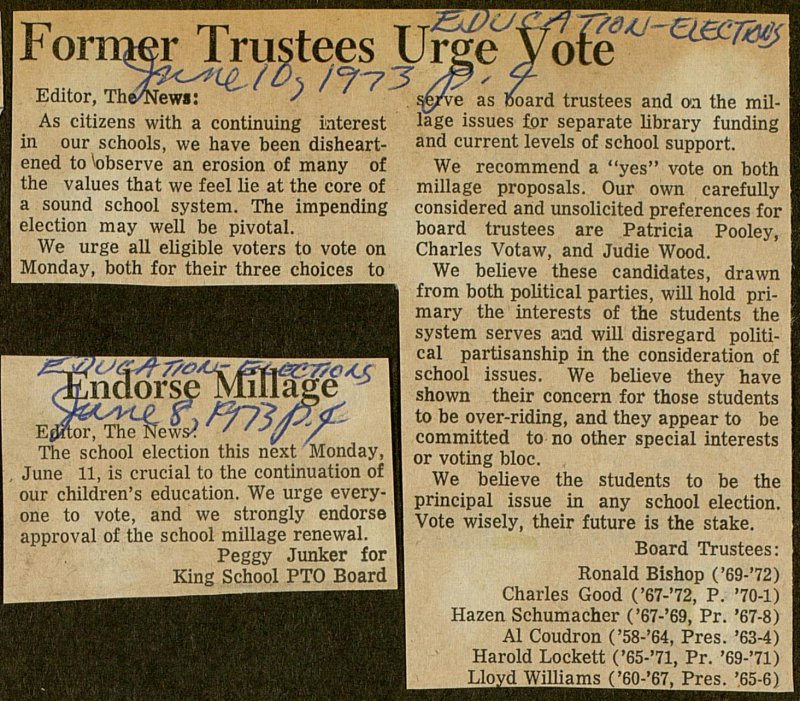 Editor, TWÍtaSs "V " '- As citizens with a continuing interest in our schools, we have been disheartened to observe an erosión of many of the values that we feel lie at the core of a sound school system. The impending election may well be pivotal. We urge all eligible voters to vote on Monday, both for their three choices to ve as Board trustees and oa the millage issues lor separate library funding and current levéis of school support. We recommend a "yes" vote on both millage proposals. Our own carefully considered and unsolicited preferences for board trustees are Patricia Pooley, Charles Votaw, and Judie Wood. We believe these candidates, drawn from both political parties, will hold primary the interests of the students the system serves aad will disregard political partisanship in the consideration of school issues. We believe they have shown their concern for those students to be over-riding, and they appear to be committed to no other special interests or voting bloc. We believe the students to be the principal issue in any school election. Vote wisely, their future is the stake.