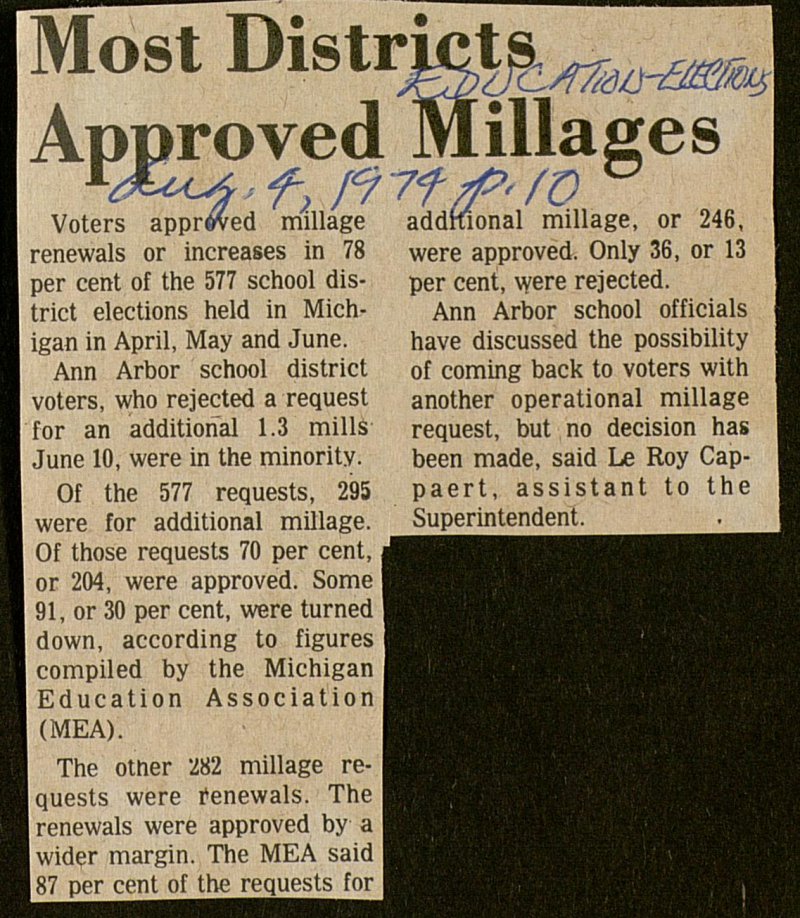 I Voters appréved millage renewals or increases in 78 per cent of the 577 school district elections held in MichI igan in April, May and June. Ann Arbor school district I voters, who rejected a request Ifor an additional 1.3 milis I June 10, were in the minority. I Of the 577 requests, 295 I were for additional millage. I Of those requests 70 per cent, i I or 204, were approved. Some I 91, or 30 per cent, were turned I down, according to figures I compiled by the Michigan lEducation Associationl I (MEA). The other 282 millage reIquests were tfenewals. The I renewals were approved by a I wider margin. The MEA said 87 per cent of the requests for [ Tffy'fQ I addmonal millage, or 246, I were approved. Only 36, or 13 per cent, yere rejected. Ann Arbor school officials I have discussed the possibility I of coming back to voters with I another operational millage request, but no decisión has been made, said Le Roy Cappaert, assistant to the Superintendent. ■