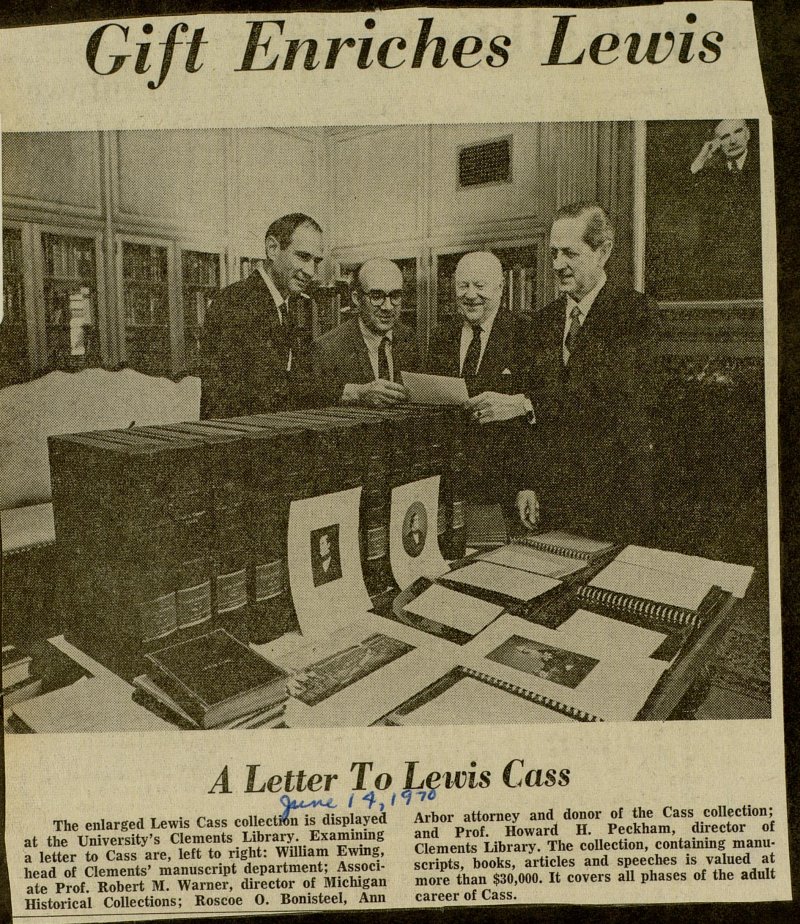 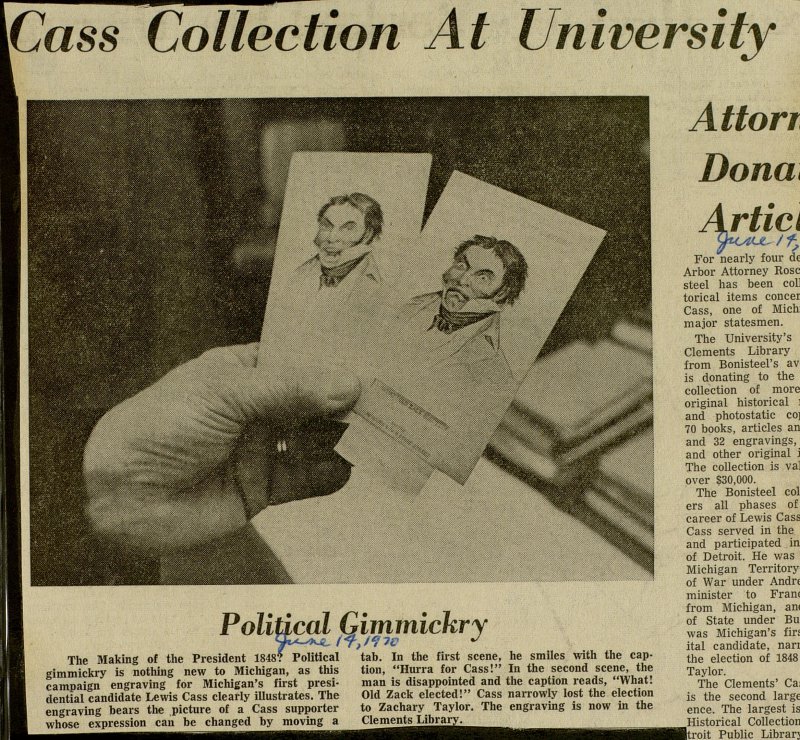 The enlarged Lewis Cass collection is displayed at the University's Clements Library. Examining a letter to Cass are, left to right: William Ewing, head of Clements' manuscript department; Associate Prof. Robert M. Warner, director of Michigan Historical Collections; Roscoe O. Bonisteel, Ann Arbor attorney and donor of the Cass collection; and Prof. Howard H. Peckham, director of Clements Library. The collection, containing manuscripts, books, articles and speeches is valued at more than $30,000. It covers all phases of the adult I career of Cass. Jf The Making of the President 1848? Political gimmickry is nothing new to Michigan, as this campaign engraving for Michigan's first presidential candidate Lewis Cass cleafly illustrates. The engraving bears the picture of a Cass supporter whose expression can be changed by moving a j ' m ' w tab. In the first scène, he smiles with the caption, "Hurra for Cass!" In the second scène, the man is disappointed and the caption reads, "What! Old Zack elected!" Cass narrowly lost the election to Zachary Taylor. The engraving is now in the Clements Library.