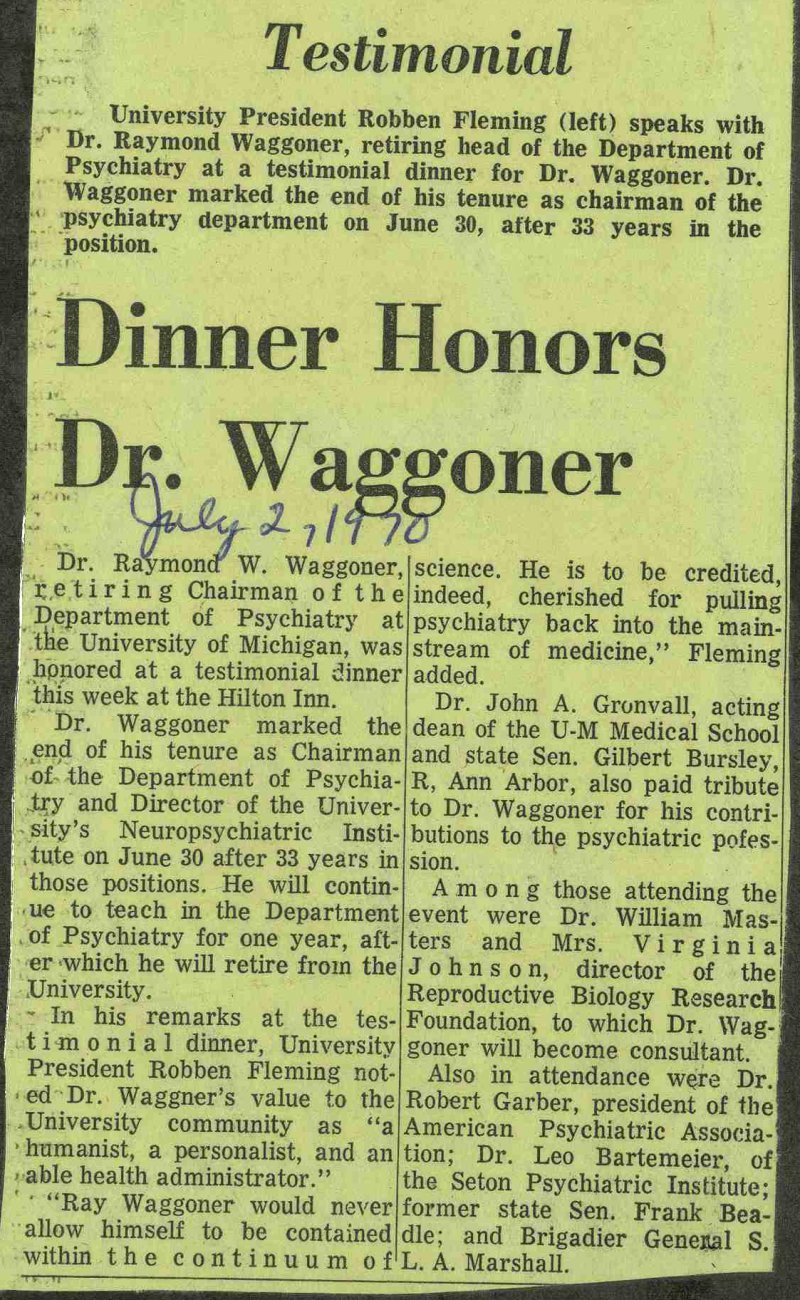 U 1 ' ' ' " Dr. RaymoiKT W. Waggoner, r.etiring Chairman of the Department of Psychiatry at the University of Michigan, was hpnored at a testimonial dinner this week at the Hilton Inn. Dr. Waggoner marked the end of his tenure as Chairman of the Department of PsychiaIry and Director of the University's Neuropsychiatric Institute on June 30 af ter 33 years in those positions. He will continue to teach in the Department of Psychiatry for one year, after ■which he will retire froin the University. - In his remarks at the testimonial dinner, University President Robben Fleming not■ed Dr. Waggner's value to the University community as "a ■humanist, a personalist, and an ■ able health administrator." ■ "Ray Waggoner would never allow himself to be contained within the continuüm of science. He is to be credited, indeed, cherished for pulling psychiatry back into the mainstream of medicine," Fleming added. Dr. John A. Gronvall, acting dean of the U-M Medical School and state Sen, Gilbert Bursley, R, Ann Arbor, also paid tribute to Dr. Waggoner for nis contributions to the psychiatrie pofession. Among those attending the event were Dr. William Masters and Mrs. Virginia Johnson, director of thej Reproductive Biology Research! Foundation, to which Dr. Waggoner will become consultant, j Also in attendance wre Dr. ilobert Garber, president of the! American Psychiatrie Associaion; Dr. Leo Bartemeier, of he Seton Psychiatrie Institute;! ormer state Sen. Frank Bea-I die; and Brigadier Genejial S.l A. Marshall. - 1