People-To-People To Give Awards 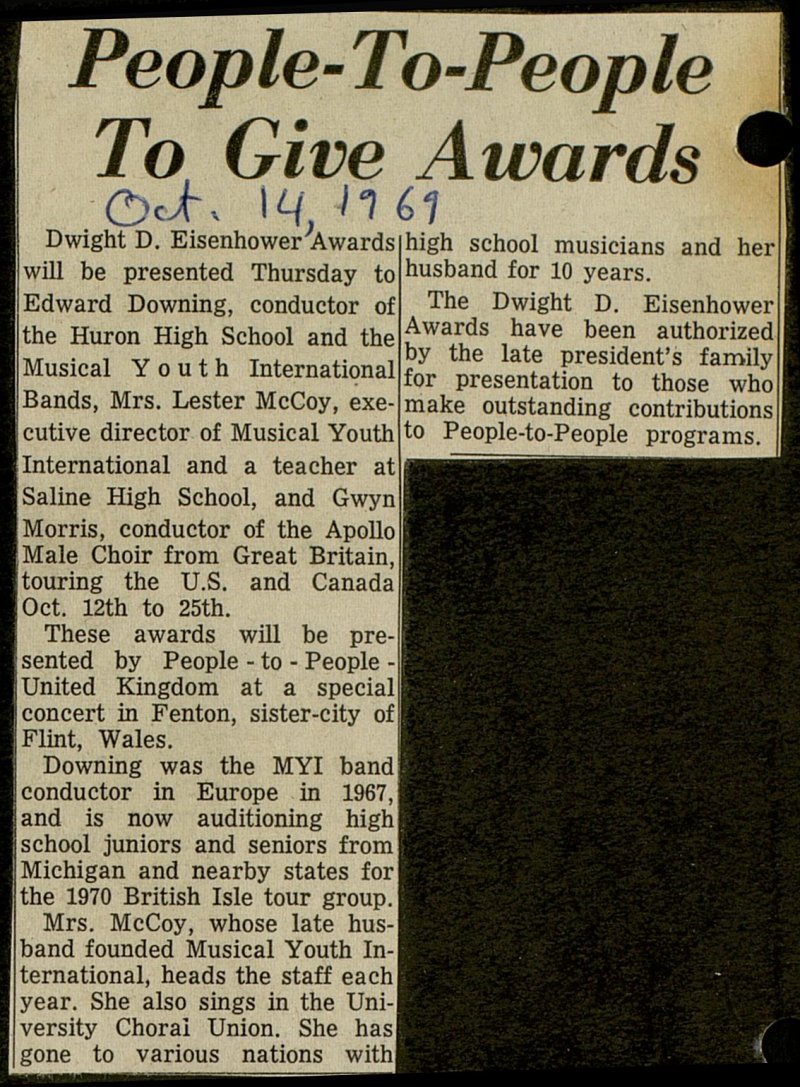 Dwight D. Eisenhower Awards will be presented Thursday to Edward Downing, conductor of the Huron High School and the Musical Youth International Bands, Mrs. Lester McCoy, executive director of Musical Youth International and a teacher at Saline High School, and Gwyn Morris, conductor of the Apollo Male Choir from Great Britain, touring the U.S. and Canada Oct. 12th to 25th. These awards will be presented by People-to-People - United Kingdom at a special concert in Fenton, sister-city of Flint, Wales. Downing was the MYI band conductor in Europe in 1967, and is now auditioning high school juniors and seniors from Michigan and nearby states for the 1970 British Isle tour group. Mrs. McCoy, whose late husband founded Musical Youth International, heads the staff each year. She also sings in the University Choral Union. She has gone to various nations with high school musicians and her husband for 10 years. The Dwight D. Eisenhower Awards have been authorized by the late president’s family for presentation to those who make outstanding contributions to People-to-People programs.