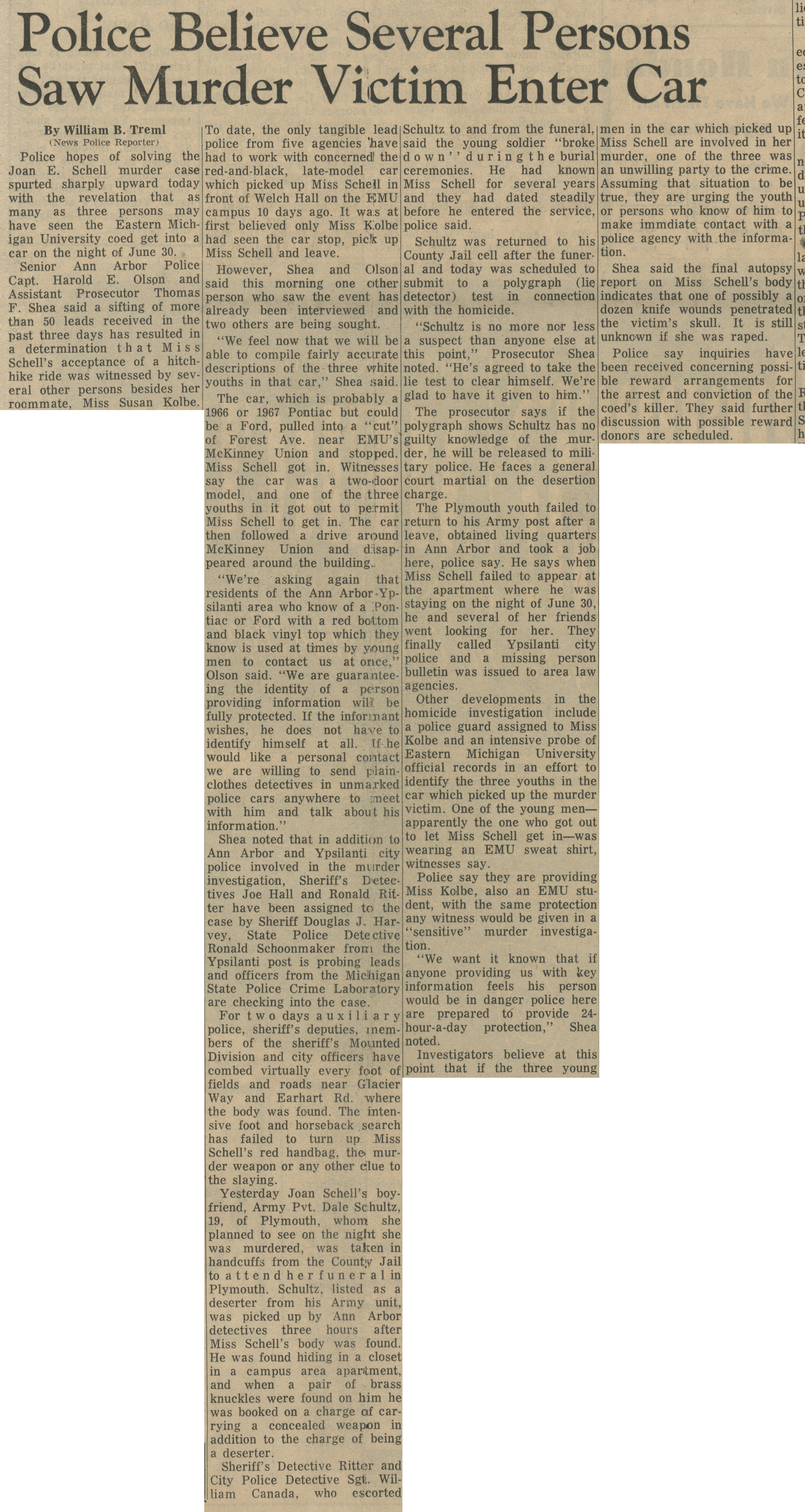 Police hopes of solving the Joan E. Schell murder case spurted sharply upward today with the revelation that as many as three persons may have seen the Eastern Michigan University coed get into a car on the night of June 30.

Senior Ann Arbor Police Capt. Harold E. Olson and Assistant Prosecutor Thomas F. Shea said a sifting of more than 50 leads received in the past three days has resulted in a determination that Miss Schell's acceptance of a hitchhike ride was witnessed by several other persons besides her roommate, Miss Susan Kolbe. To date, the only tangible lead police from five agencies have had to work with concerned the red-and-black, late-model car which picked up Miss Schell in front of Welch Hall on the EMU campus 10 days ago. It was at first believed only Miss Kolbe had seen the car stop, pick up Miss Schell and leave.