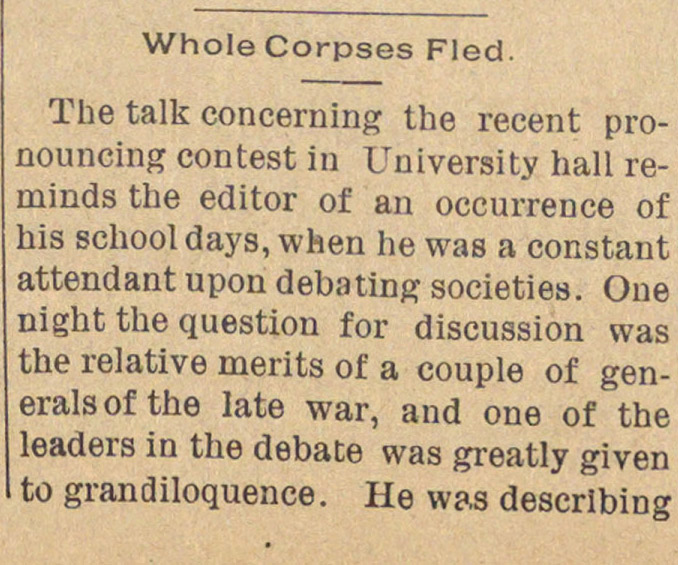 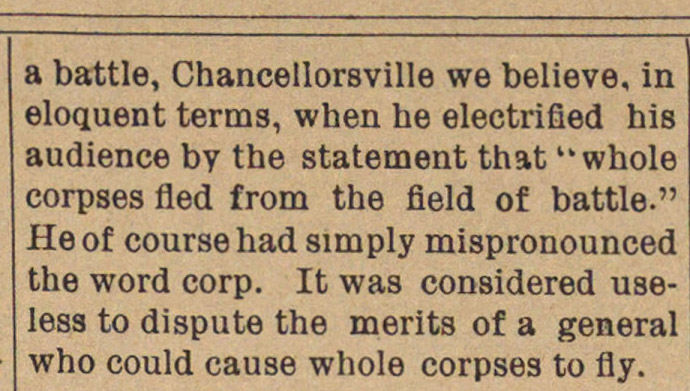 The talk concerning the recent pronouncing contest in University hall reininds the editor of an occurrence of his school days, when he was a constant attendant upon debating societies. One night the question for discussion was the relative merits of a couple of generals of the late war, and one of the leaders in the debate was greatly given to grandiloquence. He was describing a battle, Chancellorsville we believe, in eloquent ternas, wtaen he eleetrified his audience by the statement that " whole corpses fled from the field of battle." He of course had simply mispronounced the word corp. It was considered useless to dispute the merits of a general who could cause whole corpses to fly.