A Rush Of Funerals 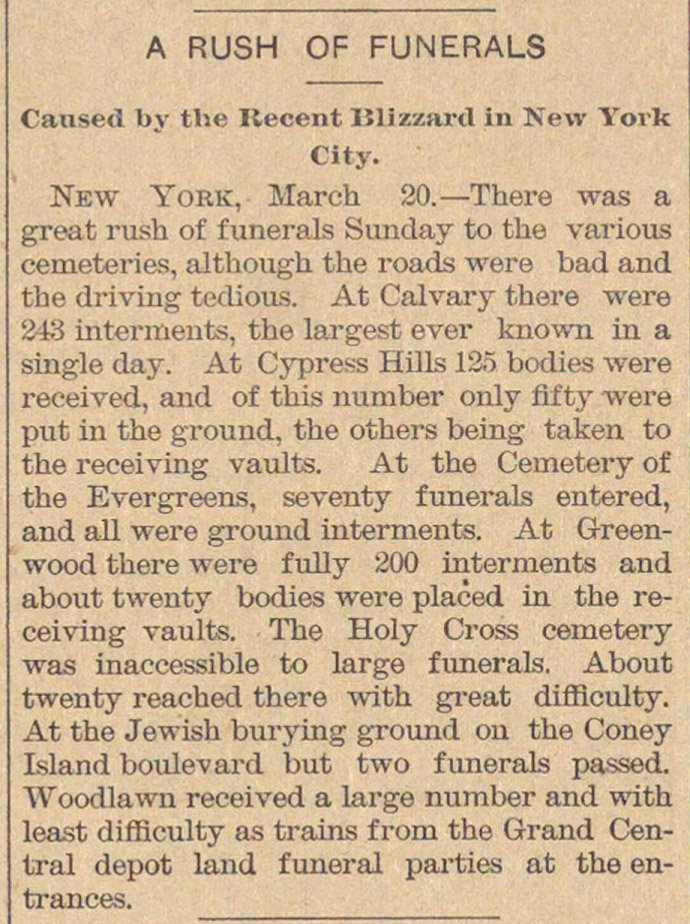 New York, March 20. - There was a great rush of funerals Sunday to the various cemeteries, although the roads were bad and the driving tedious. At Calvary there were 243 interments, the largest ever known in a single day. At Cypress Huls 125 bodies were received, and of this number only fifty were put in the ground, the others being taken to the receiving vaults. At the Cemetery of the Evergreens, seventy funerals entered, and all were ground interments. At Greenwood there were fully 200 interments and about twenty bodies were placed in the receiving vaults. The Holy Cross cemetery was inaccessible to large funerals. About twenty reached there with great difficulty. At the Jewish burying ground on the Coney Island boulevard but two funerals passed. AVoodlawn received a large number and with least difficulty as trains from the Grand Central depot land funeral parties at the entrances.