Chelsea To The Front 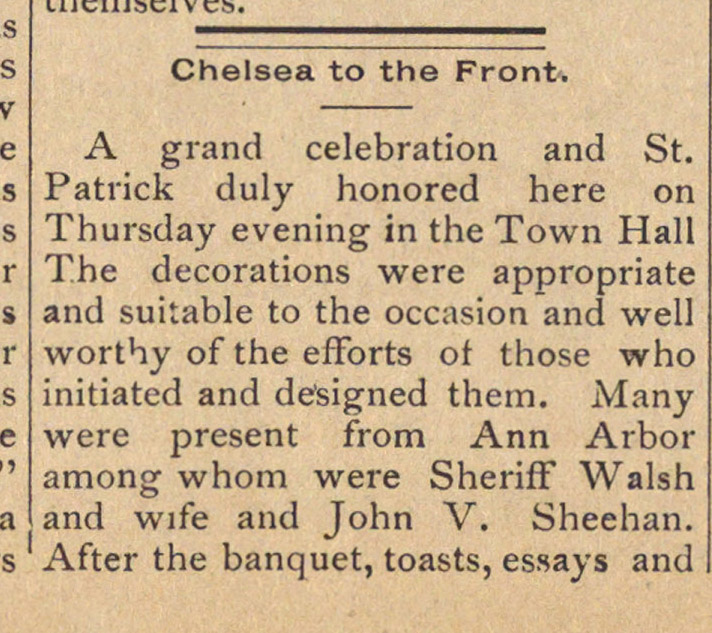 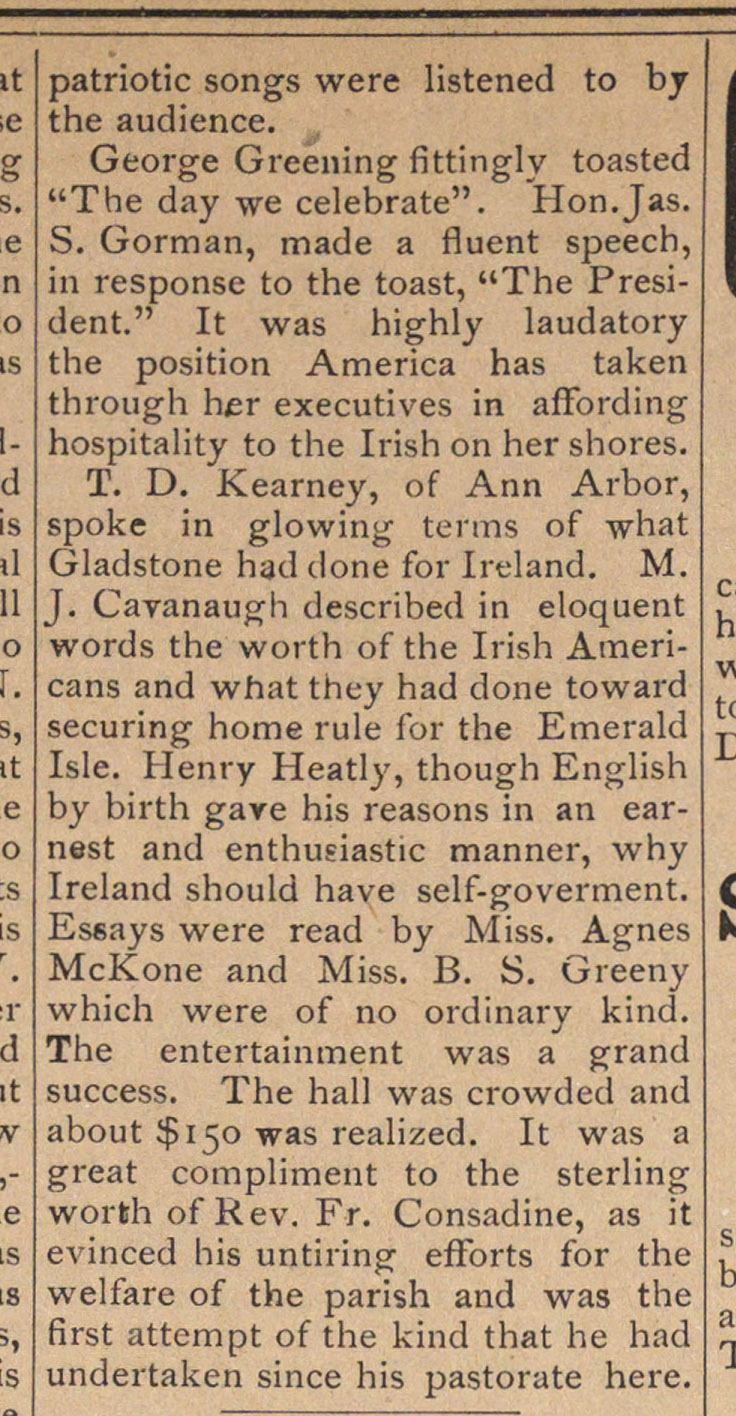 A grand celebration and St. Patrick duly honored here on Thursday evening in the Town Hall The decorations were appropriate and suitable to the occasion and well worthy of the efforts ot those who initiated and dcsigned thein. Many were present from Ann Arbor among whom were Sheriff Walsh and wife and John V. Sheehan. After the banquet, toasts, essays and patriotic songs were listened to bj the audience. George Greening fittingly toasted "The day we celébrate". Hon. Jas. S. Gorman, made a fluent speech, in response to the toast, "The President." It was highly laudatory the position America has taken through her executives in aiïbrding hospitality to the Irish on her shores. T. D. Kearney, of Ann Arbor, spoke in glowing tenns of what Gladstone had done for Ireland. M. J. Cavanaugh described in eloquent words the worth of the Irish Americans and what they had done toward securing home rule for the Emerald Isle. Henry Heatly, though English by birth gave his reasons in an earnest and enthusiastic manner, why Ireland should have self-goverment. Essays were read by Miss. Agnes McKone and Miss. B. S. Greeny which were of no ordinary kind. The entertainment was a grand success. The hall was crowded and about $150 was realized. It was a great compliment to the sterling worth of Rev. Fr. Consadine, as it evinced his untiring efforts for the welfare of the parish and was the first attempt of the kind that he had undertaken since his pastorate here.