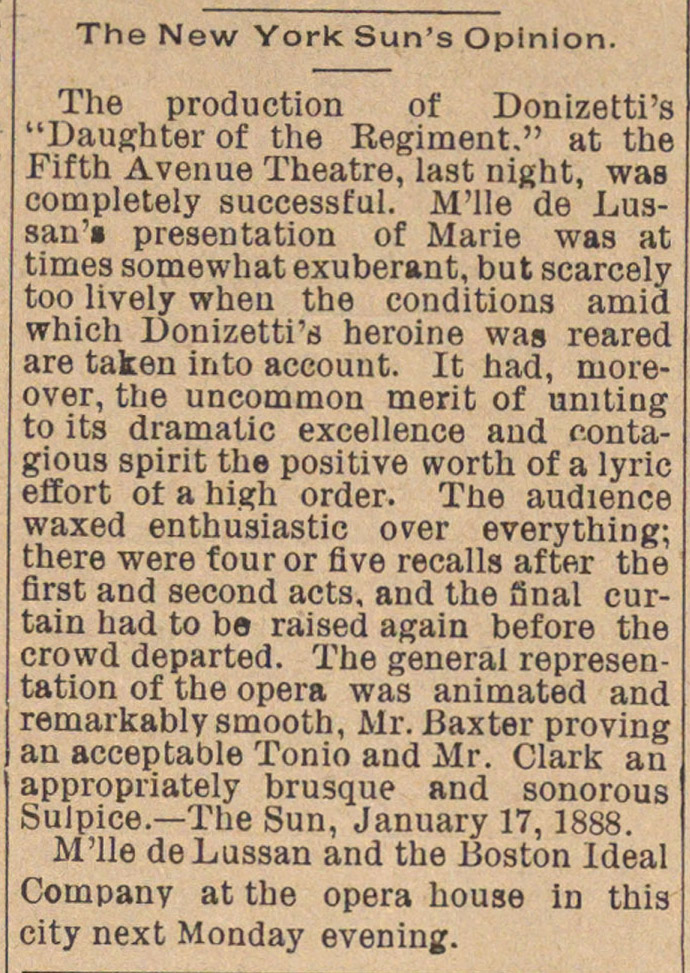 Alio iuuui;ijijii ui uuulútíLlL a "Daughter of the Regiment." at the Fifth Avenue Theatre, last night, was completely successful. M'lle de Lussan'i presentation of Marie was at times somewhat exuberant, but scarcely too lively wheu the conditions amid which Donizetti's heroine was reared are taken into account. It had, nioreover, the uncommon merit of uniting to its dramatic excellence and wntagious spirit the positive worth of a lyric effort oí a high order. The audience waxed enthusiastic over everything; there were four or flve recalls after the first and second acts, and the önal curtain had to be raised again before the crowd departed. ïhe general representation of the opera was animated and remarkably smooth, Mr. Baxter proving ) an acceptable ïonio and Mr. Clark an appropriately brusque and sonorous Sulpice.- ïhe Sun, January 17, 1888. M'lle de Lussan and the Boston Ideal Company at the opera house 1d this city next Monday evening.