The Opera Company For Next Week 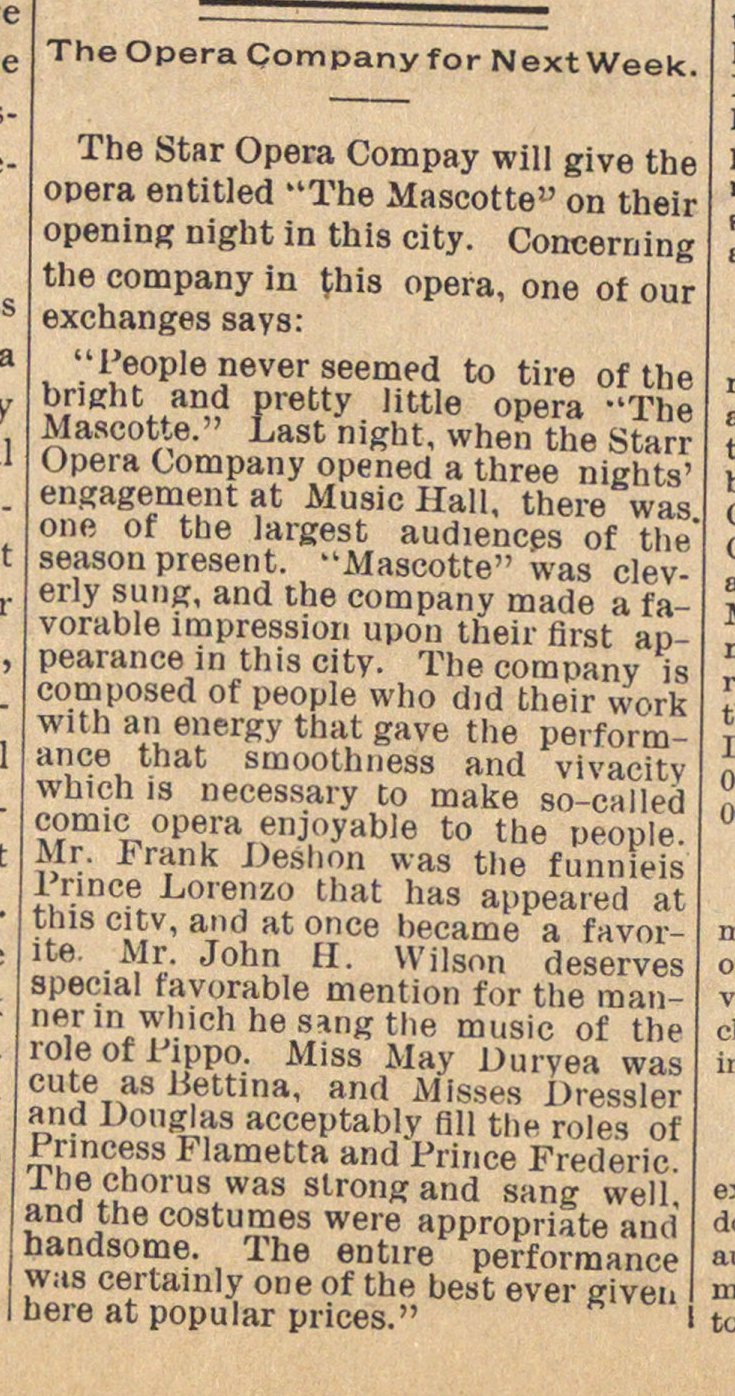 The Star Opera Compay will give the opera entitled "The Mascotte" on their opening night in this city. Conceming the company in $his opera, one oí our exchanges says: "Teopleneverseemed to tire of the 'Kht and pretty Jittle opera -'The Mascotte." Last night, when the Starr Opera Company opened a three niehts' engagement at Music Hall, there was one of the Jargest audiences of the' season present. "Mascotte" was cleverly sung, and the company made a favorable ïmpression upon their first appearance in this city. The company is composed of people who did their work with an energy that gave the performance that smoothness and vivapitv wüicii is necessary to make so-cnlled comic opera enjoyable to the people. Mr. Frank Deshon was the funnfeis 1 rince Lorenzo that has appeared at tnis citv, and at once became a favorite. Mr. John fl. Wilson deserves special favorable mention for the raannerin which he s-uig the music of the role of i'ippo. Miss May Ouryea was cute asBettina, and Miases Dressler and Donglas acceptably fill the roles of Princesa Flametta and Prince Frederic lne chorus was strong and sang well' and the costumes were appropriate and handsome. The entire performance was certainly one of the best ever given here at popular prices." I