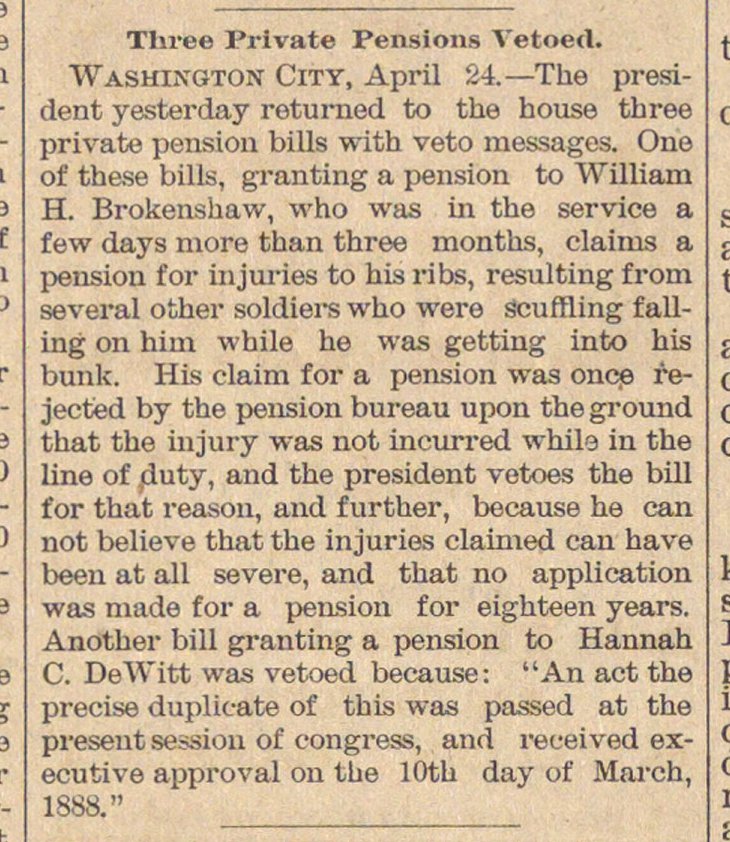 Washinoton City, April 24. - The president yesterday returned to the house three private pension bilis with veto messages. One of these bilis, granting a pension to William H. Brokenshaw, who was in the service a few days more than three months, claims a pension for injuries to his ribs, resulting from several other soldiere who were scuffling f alling on him while he was getting into his bunk. His claim for a pension was once rejeefced by the pension bureau upon theground that the injury was not incurred while in the line of ,duty, and the president vetoes the bill for that reason, and further, because he can not believe that the injuries claimed can have been at all severe, and that no application was made for a pension for eighteen years. Another bill granting a pension to Hannah C. DeWitt was vetoed because: "An act the precise duplícate of tbis was passed at the present session of congress, and reeeived executive approval on the lOth day of March, 1888."