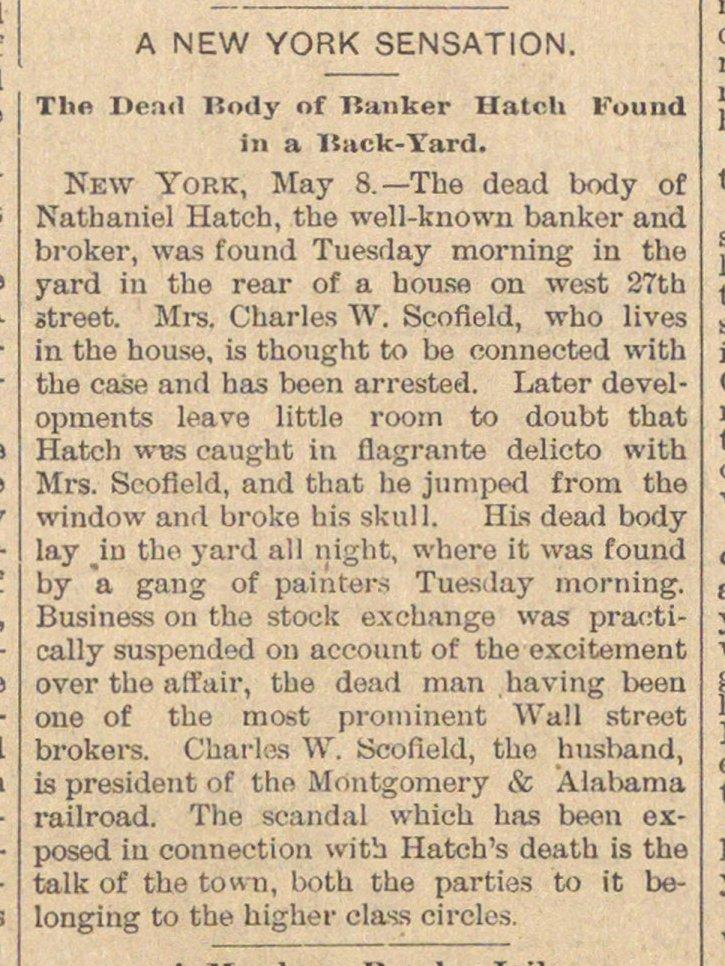 New York, May 8.- The dead body of Natbaniel Hatch, the well-known banker and broker, was found Tuesday morning in the yard in the rear of a house on west 27th Street. Mrs. Charles W. Scofleld, who lives in the house, is thought to be oonnected vritb the case and has been arrested. Later developments leave little room to doubt that Hatch wbs caught in flagrante delicto with Mrs. Scofield, and that he juraped from the window and broko his skull. HLs dead body lay in tho yai-d all night, where it was found by a gang of paintors Tuesday morning. Business on tho stock exchange was practically suspended on account of the excitement over the atïair, the dead man having been one of the most prominent Wall street brokers. Charles W. Scofleld, tho husband, is president of the Montgomery & Álabama railroad. The scandal which has beon ex.posed in connection with Hatch's death is the talk of the town, both the parties to it belonging to the higher class circles.