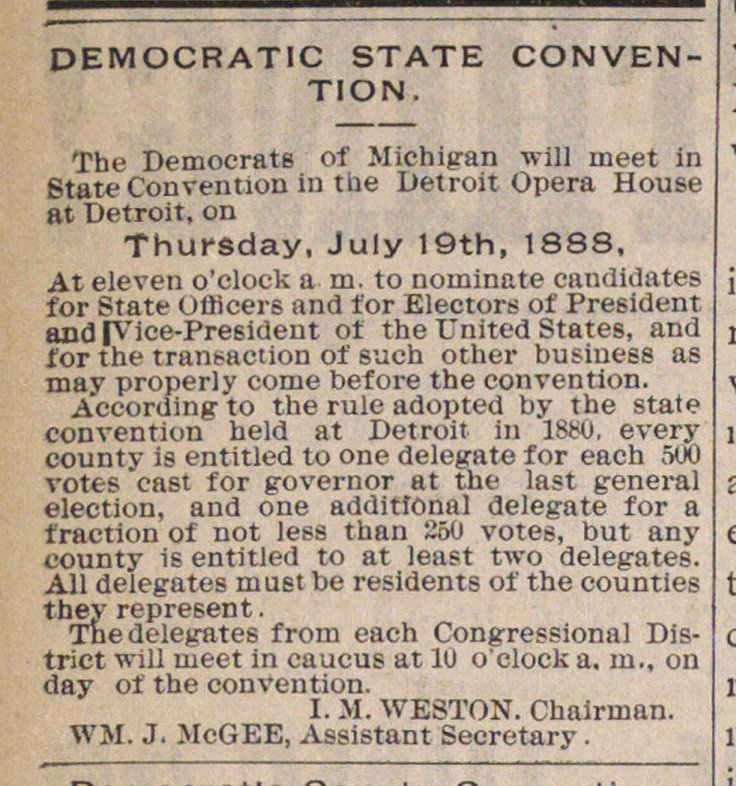 The Democratg of Michigan will meet in State Couvention in the Detroit Opera House at Detroit, on Thursday, July 19th, 1888, At eleven o'clock a m. to nomínate candidates tor State Uflicers and tor Electors of President and fVjce-Pre6ident ot the United States, and forthe trantaetion ofsuch other buslneSB as may properly come before the convention. According to the rule adopted by the state convention held at Detroit in 188J, every county is entitled to one delégate for each 5UU votes cast for governor at the last general election, and one addittönal delégate for a t'raction of not less than 250 votes, but any county is entitled to at lenst two delegates. All delegates muet be residents oí' the counties they represent . The delejrates f rom each Congressional District will meet in caucus at 1U o'clock a, m., on day ot the convention.