Death Of A Very Aged Woman 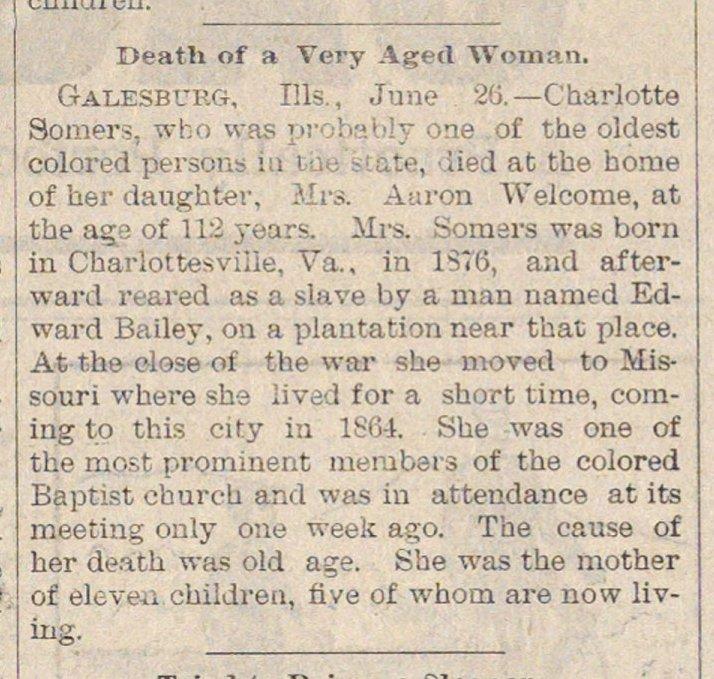 GtaIiESburg, Hls. , June 86. - Charlotte Bomers, yybo wíis 'ie of the oldest colored persons iu ! te, aed at the home of her daughter, Mra. Auron Welcome, at the asje of 112 years. Airs. Somers was born in Charlottesviiie, Va., in 1STG, and afterward reared as a slave by a man named Edward Bailer, on a plantation near that place. At the close of the war she ïv.owd to Missouri where she lived for a short time, coming to this city in 1864. She was one of the most prominent merubors of the colored Baptist ohuroh and was in attendance at its meeting only one week aa;o. The cause of her death was oíd age. She was the mother of ekvea children, five of whom are now living.