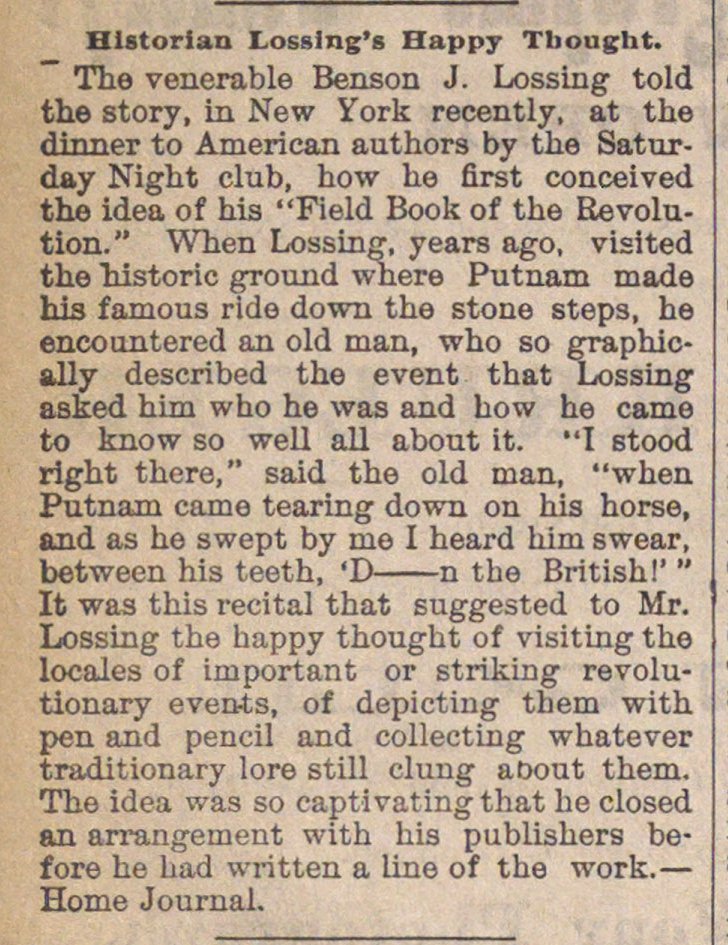 The venerable Benson J. Lossing told the story, in New York recently, at the dinner to American authors by the Saturday Night club, how he first conceived the idea of his "Field Book of the Eevolution." When Lossing, years ago, visited the historie ground where Putnam made his famous ride down the stone steps, he encountered an oíd man, who so graphically described the event that Lossing aBked him who he was and how he carne to know so well all about it. "I stood right there," said the old man, "when Putnam came tearing down on his horse, and as he swept by me I heard him swear, between his teeth, 'D n the British!' " It was this recital that suggested to Mr. Lossing the happy thought of visiting the locales of important or striking revolutionary events, of depicting them with pen and pencil and collecting whatever traditionary lore still clung aDout them. The idea was so captivating that he closed an arrangement with his publishers bef ore he had written a line of the work. -