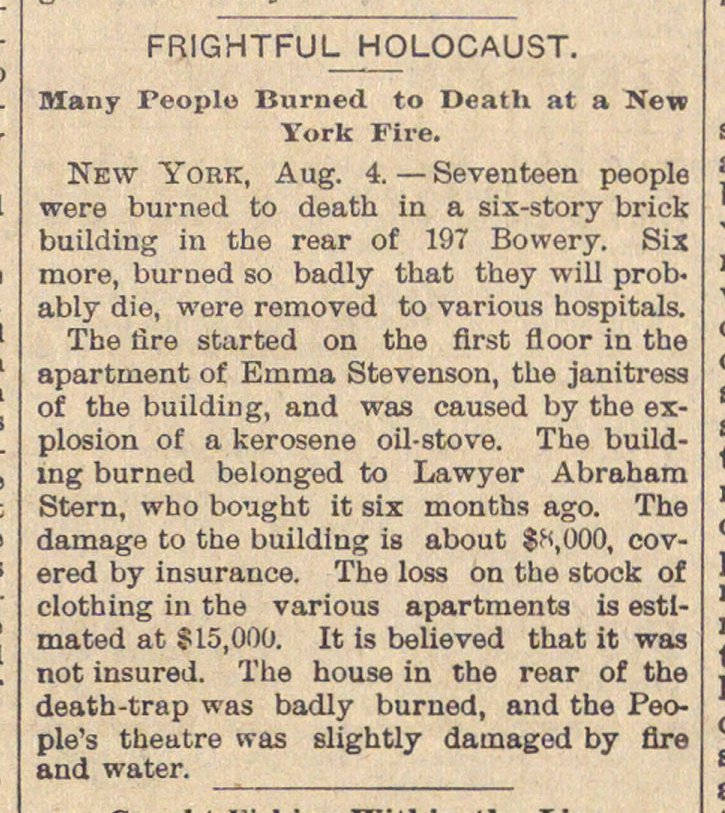 New York, Aug. 4. - Seveuteen people were burned to death in a six-story brick building in the rear of 197 Bowery. Sis more, burned so badly that they will probably die, wore removed to various hospitals. Tbe fire started on the flrst floor in the apartment of Emma Stevenson, the janitress of the building, and was caused by the explosión of a kerosene oil-stove. The buildng burned belonged to Lawyer Abraham Stern, who bought it six montha ago. The damage to the building is about $K,000, covered by insurauoe. The loss on the stock of clothing in the various apartments is estlmated at $15,000. It is believed that it was not insured. The house in the rear of the death-trap was badly burned, and the People's theutre was slightly dainaged by fire ind water.