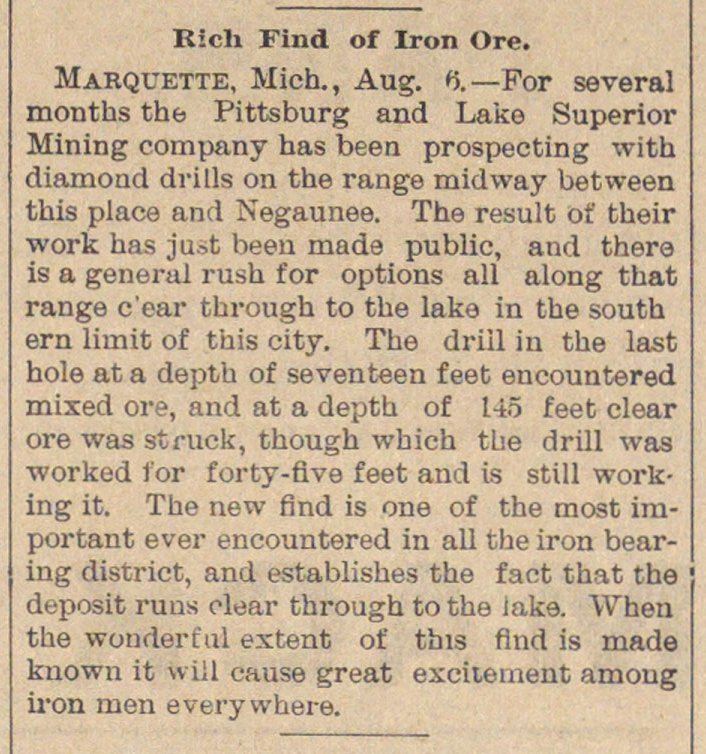 Marquette, Mich., Aug. ñ.- For several months the Pittsburg and Lako Superior Mining company has been prospecting with diamond drills on the range midway between this place and Negaunee. The result of their work has just been made public, and thera is a general rush for options all along tbat range c'ear through to the lake in the south ern limit of this city. The drül in the last hole at a depth of seventeen feet encountered mixed ore, and at a depth of 145 feet clear ore was struek, though whieh the drill was worked ior forty-five feet and is still working it. The new find is one of the most important ever encountered in all the iron bearing district, and establishes the fact that the deposit ruus olear through tothe iake. When the wonderful extent of tbis flnd is made known it wiil cause great exciieinent amoug ii'on men everywhere.