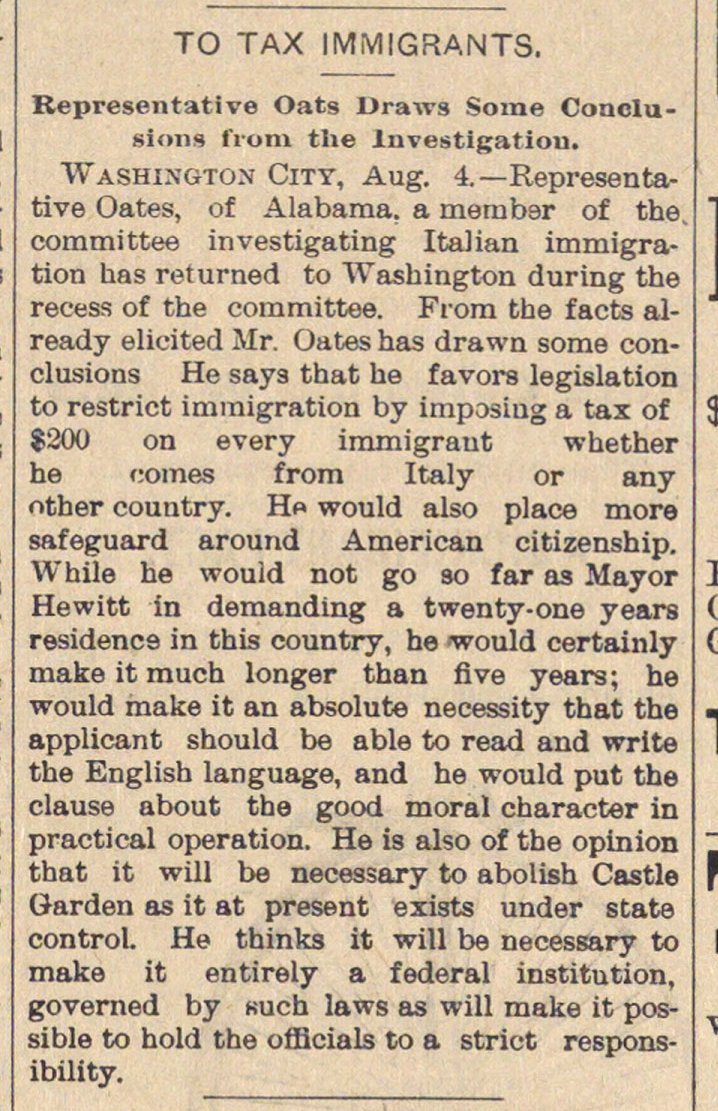 Washington City, Aug. 4. - Representativa Oates, of Alabama, a mernbsr of the. committee investigating Italian immigration has returned to Washington during the recess of the committee. Fiom the facts already elicited Mr. Oates has drawn some conclusions He says that he favors legislation to restrict immigration by imposiug a tax of $20ü on every immigrant whether he comes from Italy or any other country. Ho would also place more safeguard around American citizenship. While he would not go 90 far as Mayor Hewitt in demanding a twenty-one years residencs in this country, he would certainly make it much longer than fi ve years ; he would make it an absolute necessity that the applicant should be able to read and write the English language, and he would put the clause about the good moral character in practical operation. He is also of the opinión that it will be necessary to abolish Castle Garden as it at present exists under state control. He thinks it will be necessary to make it entirely a federal institution, governed by uch laws as will make it possible to hold the officials to a strict responsibility.