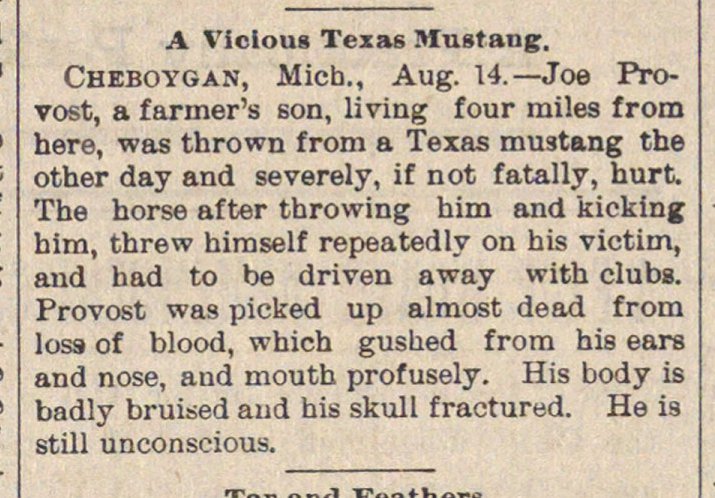 Cheboygan, Micb., Aug. 14.- Joe Frovost, a farmer's son, living four miles from here, was thrown from a Texas mustang the other day and severely, if not fatally, hurt. The norse after throwing him and kicking him, threw himself repeatedly on his victim, and had to be driven away with clubs. Provost was picked up almost dead from loss of blood, which gushed from his ears and nose, and mouth profusely. His body is badly bruised and his skull fracturad. He is still unconscious.