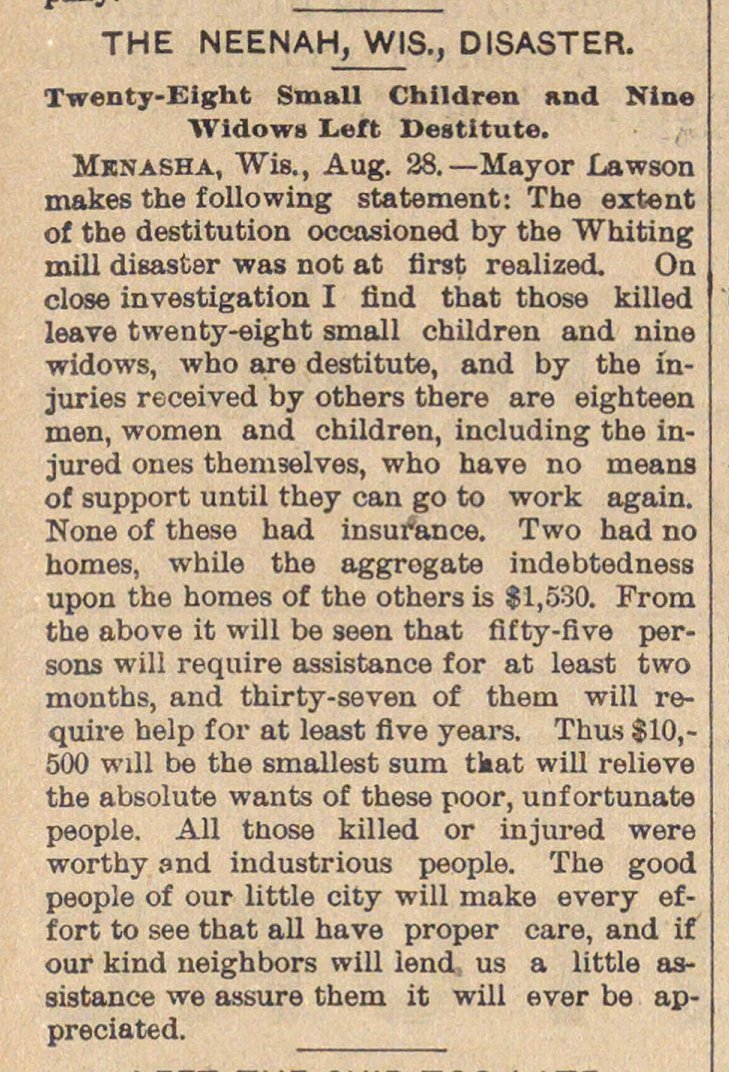 Mbnasha, Wis., Aug. 38.- Mayor Lawson makes the following statement: The extent of the destitution occasioneel by the Whiting mili disaster was not at first realizad. On close investigation I fitid that those killed leave twenty-eight small children and nine widows, who are destitute, and by the injuries received by others there are eighteen men, women and children, including the injured ones them3elves, who have no means of support until they can go to work again. None of these had insurance. Two had no homes, while the aggrogate indebtedness upon the homes of the others is $1,530. From the above it will be seen that fifty-five persons will require assistance for at least two moatbs, and thirty-seven of them will require help for at least flve years. Thus $10,500 will be the smallest sum tkat will relieve the absolute wants of these poor, unfortunate people. All tnose killed or injured were worthy and industrious people. The good people of our little city will muke every effort to see that all have proper care, and if our kind neighbors will lend, us a little assistance we assure them it will ever be appreciated.