Were You One Of Them 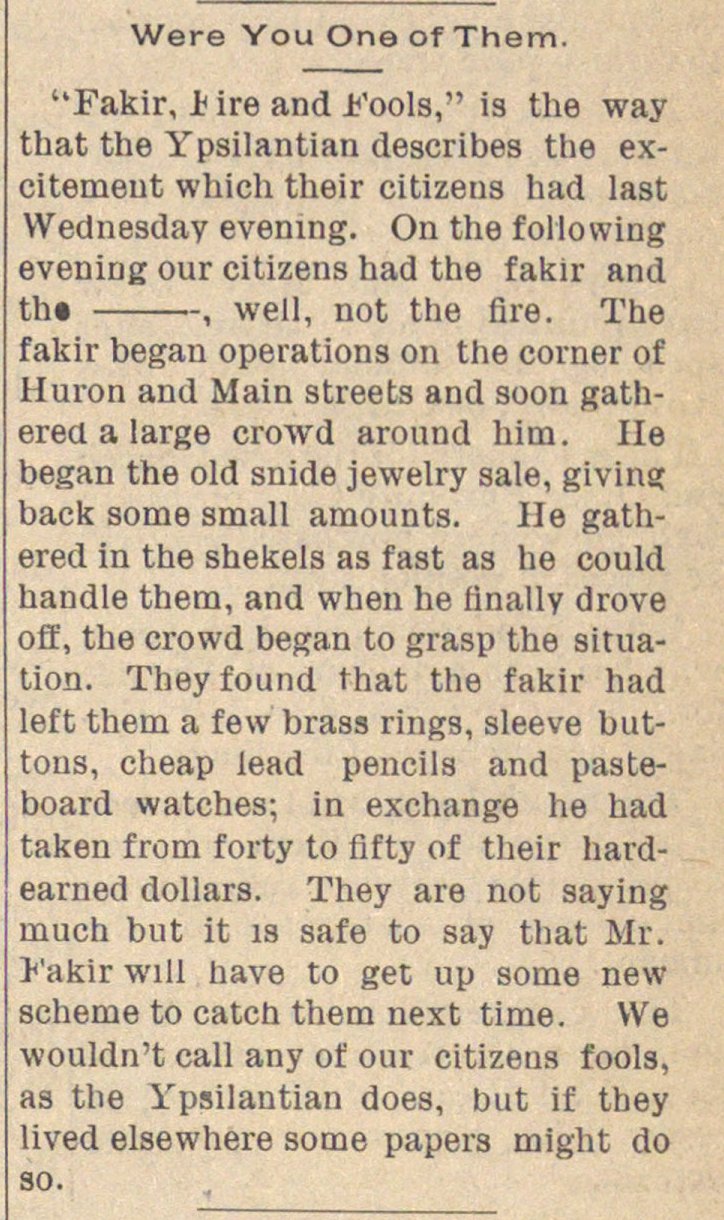 "Fakir, Jb iré and Fools," is the way that the Ypsilantian describes the excitemeut wliich their citizens had last Wednesday evening. On the folio wing eveniDg our citizens had the fakir and th , well, not the flre. The fakir began operations on the corner of Hurón and Main streets and soon gatherea a large crowd around him. lie began the oíd snide jewelry sale, giving back some small amounts. He gathered in the shekels as fast as he could handle them, and when he finally drove off, the crowd began to grasp the situation. Theyfound that the fakir had left them a few brass rings, sleeve buttons, cheap lead pencils and pasteboard watches; in exchange he had taken from forty to flfty of their hardarned dollars. They are not saying much but it ís safe to say that Mr. Fakir will have to get up some new cheme to catch them next time. We vouldn't cali any of our citizens fools, s the Ypsilantian does, but if tbey ived elsewhere some papers might do o.