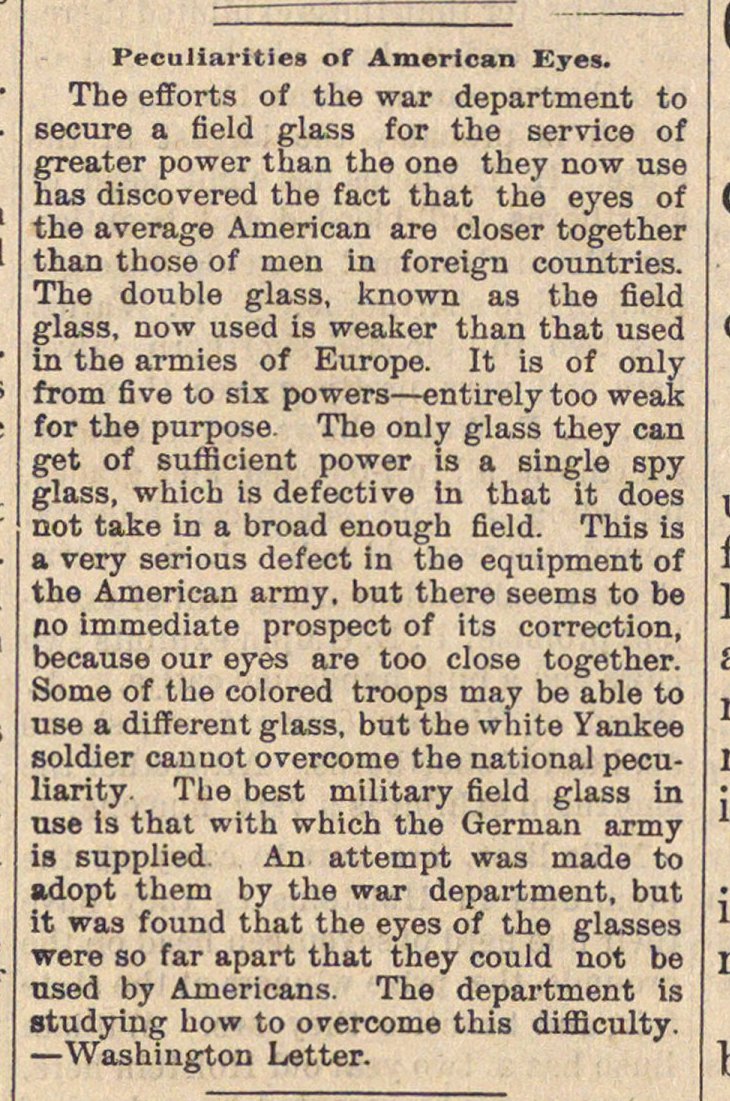 The efforts of the war department to secure a field glass for the service of greater power than the one they now use ïas discovered the fact that the eyes of he average American are closer together han those of men in foreign countries. Phe doublé glass, known as the field jlass, now used is weaker than that used n the armies of Europe. It is of only Torn five to six powers - entirely too weak or the purpose. The only glass they can get of sufficient power is a single spy jlass, which is defectivo In that it does lot take in a broad enough field. This is a very serious defect in the equipment of the American army, but there seems to be HO immediate prospect of its correction, because our eyes are too close together. Some of the colored troops may be able to use a different glass, but the white Yankee soldier cauuot overeóme the national peculiarity. Tlie best military field glass in use is that with which the Germán army is supplied An attempt was made to adopt them by the war department, but it was found that the eyes of the glasses were so far apart that they could not be used by Americans. The department is studying how to overeóme this difficulty.