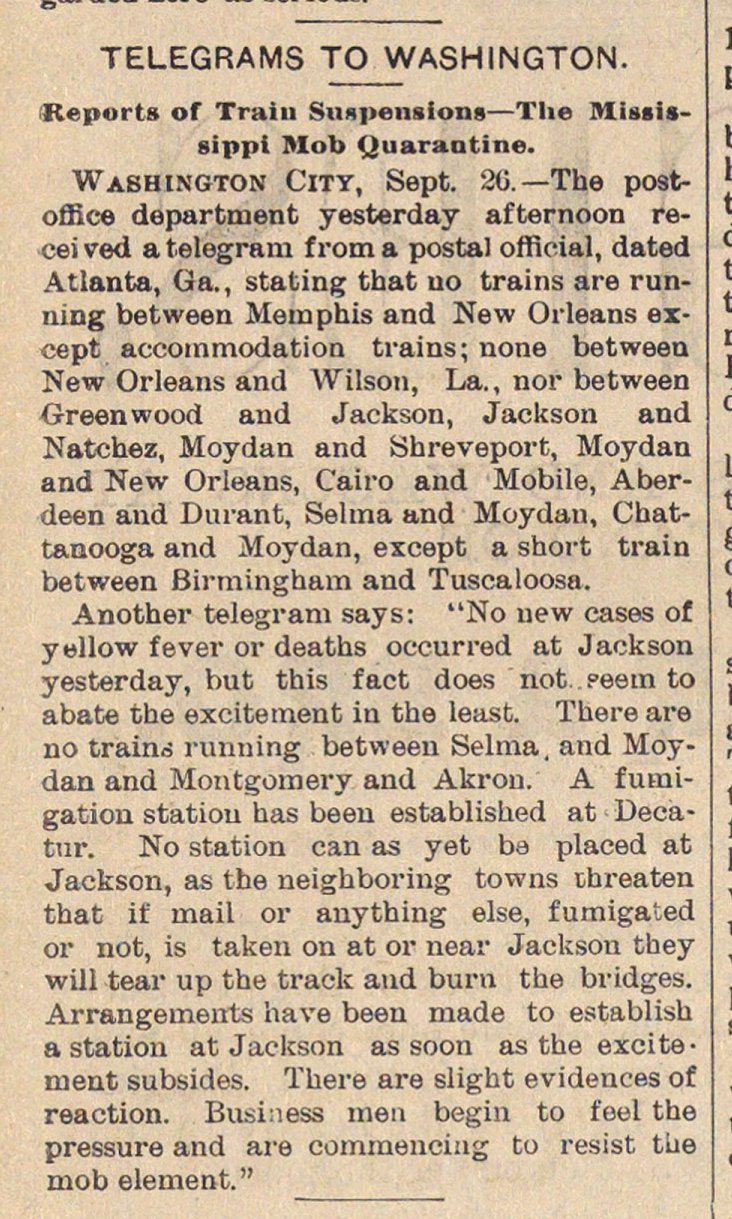 Washington City, Sept. 26. - The postoffice departnient yesterday afternoon received a telegram f rom a posta] official, dated Atlanta, Ga., stating that uo trains are running between Memphis and New Orleans except accommodation trains; none between New Orleans and Wilson, La., nor between Greenwood and Jackson, Jackson and Natchez, Moydan and Shreveport, Moydan and New Orleans, Cairo and Mobile, Aberdeen and Durant, Selma and Moydan, Cuattacooga and Moydan, except a short train between Birmingham and Tuscaloosa. Another telegram says: "No uew cases oí yellow fever or deaths occurred at Jackson yesterday, hut this f act does not . peem to abate the excitetnent in the least. There are no traint running betweeu Selma, and Moydan and Montgomery and Akron. A fumigation station has been establisued at Decatur. No station can as yet be placed at Jackson, as the neighboring towns tbreaten that if mail or anything else, fumigated or not, is taken on at or near JacUson they will tear up the track and buru the bridges. Arrangements have been made to establish a station at Jackson as soon as the excitement subsides. There are slight evidences of reaction. Business men begin to teel the pressure and are commenciag to resist tlie mob element."