Is His Mind Affected? 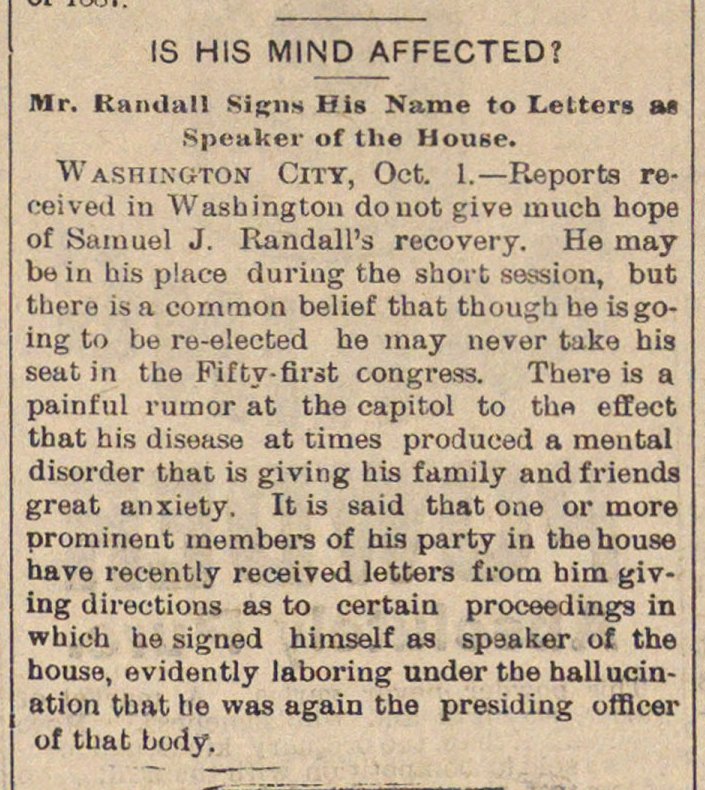 Washington City, Oct. 1.- Reporta receiveil in Washington douot give mucb hope of Samuel J. Randall's recovery. He may be in bis plíice during the short session, but there is a common belief that though he isgoing to be re-elected he may never take his seat in the Fifty-first congress. There is a painfwl rumor at the capítol to thn eLfect that his disease at times produoed a mental disorder that is giving his family and friends great anxiety. It is said that oue or mure prominent inembers of hLs party in the house have recently received letters fiora him giving directions as to certain proceedings in which he signed himself as speaker of the house, evidently laboring under the hallucination tbat he was again the presiding ofncer of that b(xly.