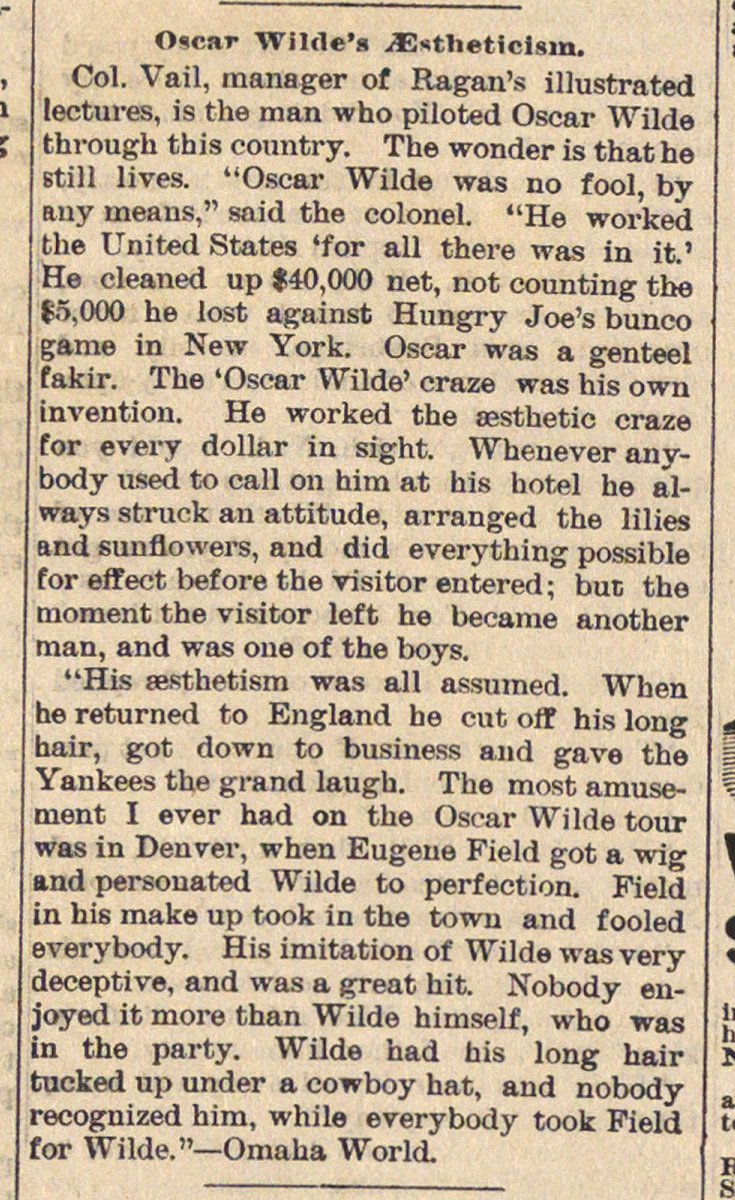 Col. Vail, manager of Ragan's illustrated lecturas, is the man who piloted Oscar Wilde through this country. The wonder is that he Btill lives. "Oscar Wilde was no fooi, by any means," said the colonel. "He wor'ked the United States 'for all there was in it.' He cleaned up $40,000 net, not counting the $5,000 he lost against Hungry Joe's buneo game in New York. Oscar was a genteel fakir. The 'Oscar Wilde' craze was his own invention. He worked the sesthetic craze for every dollar in sight. Whenever anybody used to cali on him at his hotel he always straek an attitude, arranged the lilies and sunflowers, and did everything possible for effect bef ore the visitor entered ; buc the moment the visitor left he became another man, and was one of the boys. "His sesthetism was all assmned. Wben he returned to England he cut off his long hair, got down to business and gave the Yankees the grand laugh. The most amusement I ever had on the Oscar Wilde tour was in Denver, when Eugeue Field got a wig and persouated Wilde to perieetion. Field in his make up took in the town and fooled everybody. His imitation of Wilde was very deceptive, and was a great hit. Nobody enjoyed it more than Wilde himself, who was n the party. Wilde had his long hair tucked up under a cowboy hat, and nobody recoenized him, while evervbodv took Fild for Wilde."-